Greg Lake tribute: What a Lucky Man he was

Greg Lake was primarily a bass guitarist and a vocalist. His career saw him play for two of the biggest names in prog rock history, and to record one of the best loved Christmas songs of all time.

When Robert Fripp formed King Crimson, he recruited Greg Lake to the line-up. The two musicians had been at school together, and it was this lineup that recorded In the Court of the Crimson King in 1969. Not only was this one of the genre-defining progressive rock albums, it also carried one of the most iconic album covers of the genre. 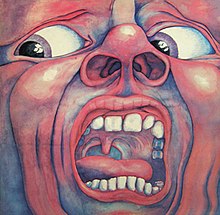 Although King Crimson went on to greater success, and indeed are still performing, Greg left them a year later to form Emerson, Lake and Palmer with Keith Emerson and Carl Palmer.

ELP’s first album contained what would become Greg Lake’s signature tune – Lucky Man. It was a song he wrote when he was 12 years old and knew only four guitar chords. Greg would later recount how the band rejected it at first, and even after work in the studio, Keith still hated the track. Keith added a Moog synth solo at the end of the song which he made up on the spur of the moment. It sounded like random notes, but somehow it worked and subsequent attempts to improve the solo just weren’t as good!

ELP became as big as King Crimson, and played massive stadium dates in the mid-1970s, achieving a hit record with Copeland’s Fanfare for the Common Man in 1977. However progressive rock was coming to the end of its golden years. Some bands, like Genesis and Yes became more mainstream and enjoying success in the singles chart. But ELP stopped recording in 1979.

I believe in Father Christmas

While with ELP, Greg Lake composed and recorded I Believe in Father Christmas. It reached number 2 in December 1975, when Queen’s Bohemian Rhapsody was number one, making it 1-2 for rock acts. Greg explains in the video below how the inspiration came from the Christmas Song Jingle Bells, which he and producer Pete Sinfield (formerly King Crimson’s songwriter) turned into their very own masterpiece.

Greg Lake joined a re-formed ELP for a one-off show in 2010. Although Greg said during his Songs of a Lifetime tour in 2012/13 that “…if Keith and Carl were up for it again, I’ll do it…”, Carl reflected that a reunion was unlikely, because their show wasn’t to the standard that I liked and I didn’t think it sounded that good.

During the Songs of a Lifetime tour, Greg played songs from his years at King Crimson, ELP and his solo work as well as songs from other performers who influenced him. He said he disliked the term “prog rock”, rather preferring to call what he does “progressive music”, which he distinguishes from rock music by it being influenced by European classical and folk music rather than US country, blues and rock’n’roll. He also had little patience for unusual time signatures, much loved by his ELP band mates.

What a Lucky Man he was?

That’s really only something that can be said after death. In fact the song is about a man who had everything then died in war. Greg Lake recorded not only the seminal King Crimson album but also the entire ELP catalogue. Few can claim to have been in more than one top progressive (rock) band and to have the talent required to go with that. On the other hand, cancer is very much a lottery and Greg was not lucky to have succumbed to that awful condition.

« Should I transfer my final salary pension to a SIPP?
Bitcoin – nearly as valuable as gold »