Keith Emerson tribute: When ELP were the biggest band in the world 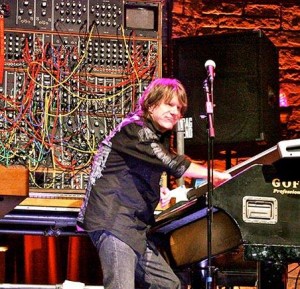 Yesterday we learned of the sad passing of Keith Emerson

In early-mid 1970s UK, there were a small number of progressive bands with a cult-like status. They rarely released singles but their albums frequently topped the charts and their shows were sell-outs. This elits list of bands included Yes, Jethro Tull, Pink Floyd, Genesis and King Crimson. But for a short while, the biggest band was Emerson, Lake and Palmer.

Keith Emerson was already established as the virtuoso keyboard player with The Nice. His keyboard acrobatics combined classical delivery with much showmanship, such as holding keys down with a knife and playing with his keyboards rotating or behind him. The Nice are probably best remembered for their variation of Bernstein’s “America”, from West Side Story. When Leonard Bernstein was questioned about how he had criticised The Nice for using his music, he said, puzzled, “The Nice? Never heard of them”.

Greg Lake and Carl Palmer, the other two band members, played in King Crimson and Atomic Rooster. Greg was bassist and singer and Carl was drummer. Both bands has been successful, King Crimson as a cutting edge progressive band and Atomic Rooster as a rock-pop band with a couple of chart hits behind them. It was Keith, though, who brought the experimental side of composing into the mix, introducing non-standard time signatures and re-workings of classical pieces, sometimes to the displeasure of the others.

Greg Lake commented during a recent live performance that progressive music (he preferred to call it that rather than progressive rock music) brought together a European legacy of classical composition, folk themes and modern instruments, in contrast to the rock’n’roll, country and blues influenced rock music from the USA and favoured in the UK by the likes of Led Zeppelin and Cream. He went on to reflect how he lost patience with Keith when he was told one piece had to be played in 5/4 when it sounded perfectly good in 4/4!

At their peak in 1974, ELP played to crowds of 250,000 people. Their equipment weighed 30 tons, partly because Carl Palmer ordered a solid steel drum kit which turned out to be too heavy for some of the stages on which they performed. They used three trucks to carry their kit around.

Top albums included Tarkus, Trilogy and Brain Salad Surgery, as well as a live version of Prokofiev’s Pictures at an Exhibition.

Fanfare for the Common Man

Just as ELP’s fortunes appeared to wane, a re-working of Aaron Copeland’s Fanfare for the Common Man gave ELP their biggest hit single, reaching number 2 in the UK. If there is one piece of ELP’s music that someone might know, it will be this. It was included in live shows until ELP broke up in 1979. Aaron Copeland agreed to ELP recording Fanfare partly because he considered the group to be very competent and partly because the start and the end of the piece was fairly true to his original. However the original was three minutes long whereas ELP’s lasts nine minutes. Copeland comments “What they do in the middle, I’m not sure exactly how they connect that with my music but (laughs) they do it someway, I suppose”.

ELP reunited periodically, with their last concert together in 2010. The band members have toured separately too. Carl Palmer has his own band, which plays ELP’s music. He also tours with Asia, whose set sometimes includes Fanfare for the Common Man, with Geoff Downes playing Emerson’s part. Greg Lake performs on his own and said in 2013 about another reunion “If Keith and Carl are up for it, then I am”.

Keith himself played solo and orchestral concerts from time to time, such as at the Barbican as recently as July 2015.

The Show that never Ends?

ELP might have famously recorded “Welcome back my friends, to the show that never ends”. But on 11 March 2016, Keith Emerson was found dead, with a gunshot wound to his head, believed to be self-inflicted. The show can’t continue with Keith, but the fusion of classical and rock music he brought to us will continue for ever. 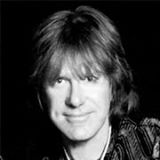