A questioner’s look at Woodford’s funds 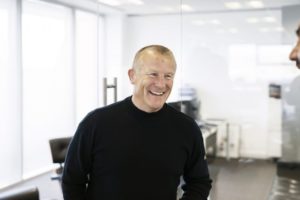 Much has been written about Neil Woodford’s funds, especially since withdrawals from the Equity Income fund were suspended on 2 June 2019. Four months later, and it’s still suspended. What can we learn?

I hold shares in Woodford Patient Capital Trust plc. I was advised to buy shares at launch in May 2015 by my broker, who was excited about this new venture from “…one of the most renowned UK fund managers” (private communication, April 2015). And to be fair, whilst presenting this as a different type of investment opportunity – a focus on early stage businesses in the UK – the risks were clearly laid out:

“Investments in Early-Stage Companies and Early-Growth Companies, by their nature, may be less liquid and more volatile than more established companies and as a consequence, their shares are higher risk.”

The next four years saw shares trading at close to or below the launch price, before tumbling when the news of Equity Income’s suspension broke. NAV is currently estimated at some 35% below launch NAV, and there’s a further 20% of price discount on top of that.

I still hold the shares. And my broker isn’t Hargreaves Lansdown.

In an interview with Mark Dampier of Hargreaves Lansdown, Neil Woodford is asked about the riskiness of the Equity Income fund. He sits (as does Dampier) with his legs wide apart and dressed in street clothes – jumper and jeans. Now, men will often say that sitting like this is the most comfortable way of supporting the upper body, as well as not having to be concerned with pressure on the genitals. But equally, researchers will say things like

“These men usually signal that they feel dominant, strong and even a little smug – this position takes a lot of space and exposes their groin for the whole world to see. Needless to say it can easily offend others (or on the contrary – entice them) So while it’s good to show confidence, if you don’t want to annoy anyone – mind the distance between your knees.”

Woodford certainly didn’t seem concerned about his funds’ performance, and stressed he was comfortable with the levels of risk, where he holds around 9% in unquoted investments. He explains also that the reason he doesn’t hold high income shares in an income fund is that he’s targeting dividend growth and doesn’t see existing high income shares as good investments.

Whilst it’s hard not to like Woodford’s counterculture appearance, it’s equally worth remembering that the success of his funds at launch was mostly predicated on his star credentials. Two of the country’s largest distributors – Hargreaves Lansdown and St James Place – were content to buy in to what must have seen a safe bet, not to mention a chance to earn some extra commission.

A question I wished Dampier had asked was: How would you manage a protracted pattern of redemptions from Equity Income?

A protracted pattern of redemptions

When the unquestionable happened, management of the Equity Income fund hit the buffers. Forced to liquidate what he physically could, Woodford was facing a situation where the value of the unquoted segment would rise above 10% of the overall portfolio. Apart from regulatory difficulties, increasing the percentage of unquoteds wouldn’t be consistent with what investors remaining in the fund bought into. There was little alternative to suspending redemptions, to give him a chance to increase the portfolio’s liquidity.

Whilst the liquidity problems affected Equity Income, Patient Capital was exposed to some of the same companies. But it’s an investment trust and redemptions don’t happen. Anyone wanting to sell their investments finds a buyer, hence the price of the shares in Patient Capital falls to a level where buyers might show interest. A 20% fall below NAV in this case. Despite what looks like a bargain basement investment, John Stepek at MoneyWeek says investors “…shouldn’t touch Woodford Patient Capital with a bargepole.” There are better opportunities out there and he says he never much liked Patient Capital in the first place!

As an aside, in March 2019, Patient Capital issued new shares to Equity Income in return for some unquoted investments. But it did this at NAV rather than at the discounted market price. Whilst this gave Equity Income some liquid investments, investors felt cheated.

Some criticism is fair, some is not. As an example of the latter, a shock-horror story appeared on Nutmeg’s site concerning liquidity issues at Equity Income. James McManus compares the liquidity of Equity Income to that of a similar sized FTSE100 portfolio and a similar sized FTSE250 portfolio. He notes that whilst it takes up to 360 days to substantially liquidate Equity Income, a FTSE100 portfolio could be liquidated in 6 days and a FTSE250 portfolio in 20 days, based on a 20% participation in current daily volumes. Noting that a chart of %liquidation versus time has an exponential appearance to it like radioactive decay, I interpolated his numbers to calculate the “half life” of an Equity Income-sized portfolio undergoing liquidation. This indicated about 3 days for FTSE100, 9 days for FTSE250 and 90 days for Equity Income. (Yes, I rounded some numbers to keep the arithmetic simple).

The Equity Income fund could be said to be 30 times less liquid than the FTSE 100 and 10 times less liquid than the FTSE250. Although I like McManus’ analysis, drawing on some FCA data, a lot, I wonder if he’s drawing the wrong conclusions. While McManus says “We think these are astonishingly low numbers…”, he misses the point that Woodford never claimed to have a fund that should in any way be compared to a benchmark index of actively traded companies. Indeed he claims to be a “conviction-led investor”, and frankly the investment community was well aware of what that meant.

Another example I came across concerned the distributors rather than Woodford himself, although clearly he’s tainted with the same brush. The story carried by the BBC quotes a 76 year old man with £21,000 invested into Equity Income. He says he doesn’t “…have time like a 30-year-old.” Why on earth did he pick a fund with risk warnings attached to it? All we’re told is that it was promoted heavily by Hargreaves Lansdown at the time, and he aims his anger at them.

It appears we can’t trust the retailers of funds to look after our money. And maybe we shouldn’t anyway. But let’s say we want an investment ecosystem that doesn’t disadvantage the ignorant and has an accountable institution looking after financial transparency. Isn’t that what the FCA is for?

So here are some suggestions for them.

Merryn Somerset Webb explicitly singles out Hargreaves Lansdown here. Possibly because they are the largest distributor of their type although they aren’t alone. She makes the point that their Best Buy list included Equity Income long after problems emerged. The FCA might like to look at whether this is an appropriate mode of recommending investments, whatever small print might be riding on them.

There appears to also be a “too big to fail” discourse going on in the promotion too. Would a smaller or less well known fund manager have been afforded the same degree of promotion? Or, to frame the question differently, would anyone have been fired for promoting a Woodford fund compared with a less known fund that misfired?

The beauty of an open ended fund like an OEIC and a unit trust is that investments can be placed or redeemed daily at a price calculated from the market valuation of the portfolio. The prices of illiquid investments are questionable, and the prices of unquoted investments are at best estimates. Who does the estimating? We saw what happened when investment banks submitted prices for exchange rates and interest rates. The whole market descended into disrepute, leading to criminal convictions. Either a generous bid/ask spread on the price of the fund needs to be built in or (in the case of OEICs trading on single prices), they simply can’t hold anything like 10% in illiquid or unquoted investments. 10% might not seem much but it can quickly become 20% if the fund is forced to raise money to meet large redemptions.

More and more, funds are being asked to compare their returns with suitable benchmarks. The media usually does this for them anyway, with UK funds being compared to one of the FTSE indices, for example. My belief is that this has gone too far, and it encourages “closet indexing”, where funds restrict their deviation from the makeup of the benchmark index to manage their tracking error.

An active “conviction led” stock picker like Woodford should be freed from this game. He’s not going to buy the oil and pharma giants which dominate the benchmarks and have relatively low UK earnings anyway. What investors need is some kind of risk metrics around valuations, liquidity and exposures to relevant factors (such as exchange rates and funding). We have to keep the opportunities going, because some large funds with unquoted investments like Syncona plc do very well (over three years anyway).

To add insult to injury, investors continue to pay fees to Woodford for managing the suspended fund. They can’t get out even if they wanted to. While ongoing management continues and costs, perhaps the FCA needs to examine if there is a conflict of interests going on. It’s like directors of a company in administration continuing to be paid. In fact, perhaps therein lies the answer – perhaps funds need an administration process when they become unmanageable, with unitholders appointing a new manager if they wish, or a fire sale of assets.

Another conflict of interest was Woodford selling some of Equity Income’s assets to Patient Capital in return for new shares issued at NAV. This was good news for Patient Capital shareholders but not for Equity Income unitholders. It helped increase the liquidity of Equity Income’s portfolio. But what has the FCA got to say about the price and the lack of transparency over the deal? Did other funds get a chance to bid for those assets?

Investors into Woodford’s funds are rightly peeved, and in some ways we’re only talking about this because of who he is and how many investors there are. Funds fail all the time with hardly a mention. Nevertheless, accepting the “too big to fail” discourse helps us to identify where regulators might like to do us ignorant investors a favour, whatever the size of the fund.

Much of my criticism lies with the way funds are promoted. Indeed I bought into the dream along with large numbers of other investors. It’s not that celebrity fund managers shouldn’t necessarily benefit from disproportionate promotion – Terry Smith has served his investors well, for example. And it’s not that there’s anything wrong with illiquid investments, as we have seen with Syncona.

It’s about the way information is fed to us.

My five suggestions will helpfully add to the debate on how the FCA can improve transparency in the investment marketplace.

« Are you an ethical investor or “greenwasher”?
Protecting consumers from financial harm – especially those most susceptible to detriment »