How can we End World Poverty? 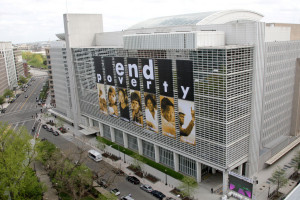 This article has been reduced, with part of the content available as an expanded article on Poverty and the Free Market.

There are many different opinions on how to end world poverty. Let’s look at a few.

The World Bank was established in 1944 to aid development. Its current mission is stated in two clauses:

And it will achieve this by 2030. Here is its president Jim Yong Kim delivering a short (5 minute) talk on this.

The World Bank borrows money from developed countries at low interest and lends it to less developed countries to invest in education, infrastructure and other essential projects. It’s important to remember that the finance provided is by way of a loan, not aid. And the sums are high: $1 to 1.5tn for infrastructure alone is anticipated. Because this is not aid, the money has to be repaid, and the assumption is that the loans will help the countries grow through trade with the rest of the world. Without trade, there will be no growth. Without growth, the loans can’t be repaid. The World Bank doesn’t just hand the money over. Strict conditions are attached, to safeguard the loans as much as possible.

Free market thinkers believe that all that is required to end poverty is to allow a free market to develop so that enterprise and innovation can take place without government interference. An example some give is to compare Venezuela to Colombia. In many ways these are similar countries but there is one major difference. Venezuela has a socialist government whereas Colombia’s is more right wing. Colombians, in general, have a higher standard of living than Venezuelans thereby proving that free market Colombia helps the poor better than socialist Venezuela. If it were that simple, why did Venezuelans vote for a socialist government? Well, there are many reasons, and they kind of ruin the comparison.

It’s difficult to prove that free markets help the fight against poverty. There are arguments that they in fact create low wage slavery and land scarcity, and corruption too, leading to people voting for socialism to redress the balance. This article in The Economist explains how free markets have helped.

Many developed countries have foreign aid programs. As does Unicef. And a great number of large, active charities. The UK government is providing £12bn this year alone. Not much in the context of The World Bank’s $1 to 1.5tn but enough to draw criticism from the UK’s right-leaning papers.

I recall as a child a great many appeals for money, usually for specific disasters like famines and floods. Then the discourse seemed to change round about 1980 to the words “trade not aid”. The idea was that we can throw money at a problem but we can’t make it go away. That can only be done by the beneficiaries creating their own sources of sustainable wealth rather than a culture of dependency.

Yet it’s hard to get away from the fact that there are times when aid is essential if we are to prevent the worst problems our fellow humans are enduring.

There are countries around the world whose debts are at such high levels that repayment is almost impossible. We might argue that it’s their fault. But we could equally argue that those now charged with paying it off had no part in borrowing the money in the first place.

The Jubilee Debt Campaign was started in the late 1990s (as Jubilee 2000) to campaign for debt relief along the lines of the Jewish principles of Jubilee, when long-standing debts are cancelled. There are countries which “spend more on foreign debt payments than they are able to spend on services such as education and healthcare”. The principle of jubilee sounds like a very good one to me. If it was built into the original loan terms, all would be well, apart from the countries’ credit ratings. But much of the debt is still out there – often having been traded any number of times as creditors cut losses or hope for a repayment.

This word comes up again and again. Plan Canada lists five tools to help end poverty. These are: Education, Health, Water, Economic Security and Child Participation. That last one might sound surprising, but all it means is that children “learn their rights and take active roles within their community”. In other words, building the next generation. Others might add access to markets, access to financial services and fighting crime, drugs and radicalism. Arguably, these all point to infrastructure, social, financial and physical.

The problem first. The utilitarian approach which underpins many of the solutions does not address the problem that while average wealth might rise, the most extreme cases of poverty still persist. That’s why I take what might be an anti-utilitarian view – that it’s not overall wealth that needs to be created, but it’s the worst poverty that has to be eliminated.

The solution according to MoneyQuestioner requires:

OK, I don’t have a specific solution, and much depends on each person’s own belief systems. But I do know more can be done.