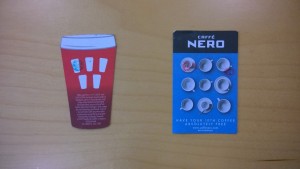 In the spirit of financial transparency, I decided to publish some important sources of income for me

Yesterday, Nick Clegg published his Nectar Points statement. This was obviously a satirical sideswipe at the prime minister and others who published details of their tax returns.

Critics of this ploy (like me) are quick to point out that doing this achieves nothing regarding wealth stashed away offshore, legally or otherwise. It simply states what the authorities know about and have collected. It mostly tells us how much income these people have received (declared) in each year and amounts for the rest of us to little more than voyeurism.

Wealth held onshore might be tied up in property or investments like shares and bonds, or funds holding shares and bonds. Applicable taxes are mostly income tax and capital gains tax. There is also stamp duty land tax (SDLT) when property is transferred and stamp duty reserve tax (SDRT) when securities like shares are transferred. Avoiding these taxes when held onshore is not easy, although there are various ways tax can be offset, for example the costs of maintaining a property can be deducted from rental income.

Offshore wealth is more complex when it comes to tax. If the assets are investment funds, like David Cameron’s holding in Blairmore, the authorities only know what the holder tells them. David Cameron declared income from Blairmore and paid tax on it. Nothing wrong there. Critics that state that Blairmore avoids taxes are, frankly, wrong. Funds don’t pay taxes onshore or offshore, although any dividends received will be net of withholding taxes charged by the jurisdiction from which they are paid. This is likely to hinder rather than help offshore funds, as the UK has a number of tax treaties with other countries regarding withholding tax.

If offshore wealth is used to buy offshore assets, then it’s of no concern to the UK authorities how these might or might not be taxed elsewhere.

To add to the secrecy of wealth ownership, bearer shares might be used. There is no central register of share ownership, and no name on the bearer shares, so whoever can produce the bearer shares is considered to be the owner. Much like banknotes. In practice, bearer shares held by “the street” are less likely to be accepted by counterparties than those held in recognised bank accounts where their legitimacy can be more reliably assured.

But while bearer shares have been abolished in some jurisdictions, they still exist in others. Therefore calls for greater financial transparency in tax havens might not even reveal the ultimate owners of assets held there. The accusation here is that such wealth has been obtained fraudulently by corrupt politicians or illegally by drug barons. There is real concern that this wealth can ultimately find its way back onshore through money laundering.

My own financial transparency

I have chosen to declare my own interest in bearer shares – more like bearer bonds, really. The picture shows I have stamps on a Starbucks card and a Caffe Nero card. Eventually these will return to me a cup of coffee worth around £2.50. It occurs to me that I have in the past benefited from bearer schemes like these and have not declared to HMRC any of the payouts. I hope this puts my records straight, and I look forward to government legislation on this abuse of the UK tax system.

« Negative interest rates are the right way to go, says IMF, despite warnings about their side effects from a fund management boss
Scottish Election 2016 – Scottish Conservative Party Manifesto »