How will the Conservative Government find £12bn of benefits cuts? 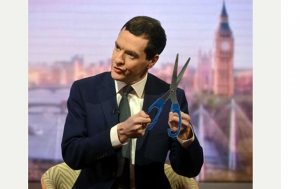 This means the £12 billion must come from spending or benefits cuts. Or, as we suggested in our last article on the subject, there could be tax rises in ways that were not explicitly ruled out in the manifesto.

What has the government said so far?

The short answer is: Nothing. But a bit of digging around in the the manifesto and summarised in the Telegraph provides the following proposals:

But as the Telegraph article goes on to state, these proposals won’t be enough to meet their £12bn target.

There has been plenty of speculation in the media about where the axe will fall. Michelle McGach writes in Citywire that ten targets might be:

Of course, this is the shortlist provided by one commentator. It is unlikely that the government will do all of these things, apart from perhaps those which it has already mentioned, yet it does focus our minds on the kinds of decisions Cameron, Osborne and their colleagues are going to be making.

Back in March, a leaked document revealed that the Conservatives were considering a range of cuts. The document suggested many of the items doing the rounds in the media, but Iain Duncan Smith, the Work and Pensions minister, merely called it “Ill-informed speculation”. But what did he expect? The last government, which featured many of the same ministers, had already shaved £17bn per year off the budget and it doesn’t take much of a mind to realise that more would have been shaved off if it could have been done with popular support. Consequently, this next round of savings is going to hurt more people than before, or it will hurt the same people harder, or both. It’s the kind of action which a government does just after an election rather than just before, in the hope that the resulting controversy will die away long before they start thinking about another term in office.
This Conservative administration is a mix of the “compassionate Conservativism” (take that how you will) of David Cameron and the more right-of-Thatcher tendency who would love to undo many acts of legislation surrounding employment and equality. It is unlikely that Cameron, much like Blair before him, would want to be unpopular with the nation but he will face pressure from those on the right who care more about being popular with their part of it. For that reason alone, scary stories and uncorroborated leaks work in his favour, allowing him to publicly reject policies he never intended to implement in the first place and to more easily implement those he did. The Independent floats the idea that £12bn might not even be achieved, again giving Cameron the chance to say to the nation “I just can’t bring myself to do this”, and raise money in other ways instead.

How to save money and stay popular

Every government faces the same problem. Nobody likes to be singled out to pay more tax, nobody likes their own benefits being reduced. A typical utilitarian approach is to please as many people as possible – enough to win an election anyway – and tax cuts are a generally popular way of doing that. But how much can a government cut benefits before even the better off start asking: How can a country like this still have people suffering in appalling conditions? Before reform-minded Victorian leaders stepped in, looking after the poor and needy was an act of individual charity, or was provided by churches and families. Can we see a trend back towards that paradigm?

In a small way, yes. Consider the suggestion that young adults (say, under 21s) receive fewer benefits than other adults. The assumption is that their families can help them, and for many that happens already. On the other hand, isn’t this age discrimination?

A predicted rise in homelessness attributable to benefit cuts, and more stories of teachers buying food and essential items for pupils are but two examples of how the responsibility of welfare has been moving away from the state and onto those in our society who show the most compassion. Some wouldn’t have a problem with that, but my guess is that most would.

If opposition parties ever have a stick to hit this government, it will likely be shaped by the stories of the most vulnerable – children, elderly, the homeless and the disabled. This government has to decide how it can cut benefits from those who don’t need them without hurting those who do.

« Full Fiscal Autonomy for Scotland?
Money for Nothing – 30 years on »