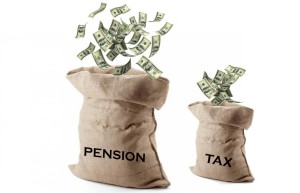 In the UK, there is a complicated relationship that defines tax relief on pensions savings. It can be made much simpler.

In an article today, the former shadow pensions secretary Rachel Reeves has called for tax relief on pension savings to be replaced by a “simple savings bonus”. Her aim, as a member of the Treasury Select Committee, is to push through a system whereby tax relief on pension savings is replaced with a “simple savings bonus”. This means anyone saving for a pension will receive a “top-up” from the treasury regardless of their tax status, subject to annual and lifetime limits.

Let’s walk through the problems Ms Reeves is trying to solve here, and take a closer look at each one.

How did we get here?

In 1987, the Thatcher government ushered in FSAVCs. These meant individuals could set up Free Standing Additional Voluntary Contributions to their pension savings over and above employer contributions like final salary schemes. FSAVCs (and indeed AVCs, already in existence, where individuals contributed to an employer-sponsored scheme, and were therefore not “free standing”) were intended to encourage individuals to take more ownership of their retirement savings. Tax was reclaimed by the (FS)AVC provider at tghe basic rate with any higher rate taxes paid reclaimed by the individual through their annual tax assessment. AVCs were usually more cost-effective than FSAVCs but employees were constrained in their investment choices to that which the AVC provided. FSAVCs were sold by banks, life companies and investment companies and offered a much wider choice of investments, again giving individuals more ownership of their savings.

Until 2006, the maximum amount that someone could save tax-free in a FSAVC pension scheme was not subject to a lifetime limit, but was set each year as 15% of their taxable income (generally, their annual gross salary). But in 2006 chancellor Gordon Brown changed that by removing the 15% limit and replacing it with an absolute cap of £50,000 per annum. A lifetime limit of £1.5 million was also introduced, and that limit was the value of the pension savings, not the amount invested. So investments which performed well would hit the limit before those which performed badly. The removal of the 15% cap avoided the situation where high income earners were allowed more tax relief than low income earners, and the £50,000 cap emphasised this difference, with everyone subject to the same maximum regardless of their income.

Rachel Reeves believes so. Higher earners, whose tax rates are higher, receive more tax relief than lower earners. Her proposal that the same rate should be applied to everyone is intended to remove that feature. But isn’t this a fairly minor change to the system, despite sounding like an exciting new initiative? Well, what are the choices available to the chancellor?

In the UK there are basically two ways of saving and investing money tax-free. One is through an ISA (Individual Savings Account), which shields the saver from both income tax on dividends/interest and from capital gains tax on investments. The other is through a pension, which has the added advantage of tax relief on pension savings but with the restriction that the tax relief requires that the pension is held till retirement. An ISA, on the other hand, can be cashed in any time.

Why are these accounts tax-efficient? They serve different purposes, although for some (like me) they are considered to form two parts of one larger investment portfolio. Pensions are better considered not so much to be free of tax but a deferral of tax. Traditionally, on retirement, the pension investments are used to buy an annuity which pays a specified amount of money each month until death. Annuities are offered by life assurance companies, who take on the risk of how long a person is likely to live before they can stop paying out on the annuity. Annuity payments are subject to income tax just as earned income is subject to income tax. So all the pensioner has done is to defer tax payment from when they invested the money to when they withdraw the money. While it is true that this results in a tax-free personal allowance being applied during retirement when the money would have been taxed in the year it was earned, it is considered to be a reasonable way of spreading income out over the whole life of the person rather than just their working life. It also reduces their dependency on the state for pension provision.

Following changes in pension rules in 2015, it is no longer a requirement to buy an annuity, the investments being allowed to be withdrawn completely (first 25% tax free) or retained in “drawdown” whereby the pensioner can withdraw amounts similar to annuity payments periodically. Nevertheless, the rationale still holds that it is the individual’s money that is being deferred from being taxed until the time when it is made available for use. Although I am not convinced about the merits of a 25% lump sum, the current arrangement is a good system, and it now means the individual can choose how they manage their retirement savings.

Surely a truly fair pension savings regime should have no annual limit at all. The annual limit works well if someone’s income is fairly constant. But if income is more erratic, this might not work so well. To some extent, the tax system recognises this through its “carry forward” rule. Here, tax relief on pension savings from up to three previous years can be applied if it has not been used already. But why stop there? Given the lifetime limit, should it even matter how that limit is built up? The current arrangement effectively means someone with “lumpy” earnings can invest £160,000 every four years into their pension (i.e, carrying forward three years of £40,000 as well as the current limit). So really the scheme means that someone will need to be paid more than £160,000 in one year to start to feel the effects of the limit. It seems to me there is little to be gained by the treasury by imposing an annual cap of £40,000 (or a 4-yearly cap of £160,000) when the lifetime limit is £1m anyway.

The logic in having a lifetime limit is to avoid wealthy individuals claiming perhaps millions of pounds of tax relief on pension savings. But is it as simple as that? Some have been campaigning against the lifetime limit, and even more so now it is to drop to £1 million. But does it really achieve what it sets out to achieve?

It is true that tax can be reclaimed and pension savings are considered gross of tax. On the other hand, when the pensioner draws the pension, it will be taxed at that point. So the more the person saves, the more tax will be paid later. Let’s think of it more as deferred taxation rather than tax avoidance. One possible objection to that argument is that a pensioner can withdraw 25% of their pension fund tax free as a lump sum. But perhaps that is the point where any restrictions should apply rather than restricting the fund itself.

Another problem with the lifetime limit is that it doesn’t take account of investment returns. Someone might have saved £400,000 but by the time they are close to retirement it might have hit the maximum, perhaps falling back below £1 million when they finally draw their pension.

My preference is to remove the lifetime limit and to review the tax free lump sum, perhaps imposing a maximum (£250,000 would suit the current arithmetic) amount that can be withdrawn tax-free.

Ms Reeves also points to her proposal being driven by policies to tackle wealth inequality. I too would like to see wealth inequality tackled, but I don’t see the logical connection between these proposals and the issue at hand. Inequality does lead to poverty, as I have argued before and the correct way to tackle that is a redistributive wealth tax, or perhaps even “helicopter money”, but that’s for another day. I don’t subscribe to the free market belief that everyone is better off in a laissez-faire economy. While that might be the case in the short term, eventually a country’s assets will be owned by a relatively small number of people who can charge others for their use (e.g. rent). I digress.

According to Ms Reeves, “Part of the way to narrow [the wealth inequality] gap is through encouraging savings and changing the tax-relief system”. A very small part, perhaps.

Is it really so complicated?

Not really, although any ways to make a taxation system simpler and less restrictive should always be welcomed. I see Rachel Reeves’ contribution more as a nudge that while the 2006 and 2015 reforms have been generally positive, the underlying rationale for setting rates of tax relief on pension savings as well as the annual and lifetime limits may change as society’s values change. We have come a long way from final salary schemes, through defined contribution schemes with annuities at retirement to the flexible pensions we have today. Each time the individual has been able to take more control over their pension, because (at least since the 1979 election) that’s what society values. This 36-year paradigm may yet give way to something else, and we don’t want to get stuck with another dinosaur. For that reason alone, all informed contributions to the debate along the way should be welcomed. 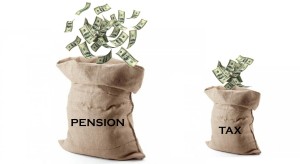