5 things to know about Corbynomics 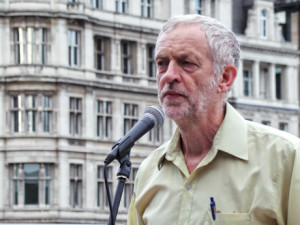 A word we keep seeing this summer is Corbynomics. What does it mean?

As has been the case since Reaganomics became the monetary policy of the Reagan administration in the USA, the suffix -omics has been attached to names of leaders and would-be leaders, especially if their name ends with ‘n’. But is Corbynomics just another word for a socialist monetary policy? Or is there anything special about what Jeremy Corbyn is proposing, should he become leader of the opposition in the UK next week? Let’s look at five aspects of Corbynomics.

Richard Murphy is a tax accountant who works with unions, and who has been Corbyn’s advisor of choice for monetary policy. Murphy seemed a little peeved in an interview that he hadn’t been given enough credit for his work and that what has been labelled Corbynomics has been a basket of policies lifted from his blog. Essentially, Murphy boils policy down to three key issues:

The final point is aiming for a kick in the backside of neoliberalism. The latter believes in inequality because it claims that the poor are better off in an unequal system than in an equal one. As Margaret Thatcher once retorted: “What the honorable member is saying is that he would rather that the poor were poorer, provided that the rich were less rich.”

““Labour lost the election because they had no clear alternative to the Tories’ unnecessary, self-serving austerity plans””

Austerity is another word we have heard so often of late. There is a belief among many leaders that budget deficits are solved through austerity – or reduced government spending and fewer tax breaks. The criticism of austerity policies tends to focus on how they affect those with the least power to make change, the most. In other words, the bankers who created the problems aren’t the ones suffering from the austerity measures. What is Corbyn’s alternative?

Rather than cut spending, Corbyn suggests the opposite. ” we need a strategy for faster, more
sustainable growth”. And what would that look like? “But as a principle to create the kind of economy we need, Britain needs sharply rising levels of investment in the economy.” And the way he believes this should be accomplished, as we would expect from a socialist-inspired proposal, is to raise taxation for the better off. “Instead we will ask those who have been fortunate to contribute a little more. With a sustainable investment plan, we can ensure more people fall into that fortunate
category too.”

3 – Quantitative Easing for the People (QEP)

Corbyn points out that since 2009, the UK has created £375bn of money that didn’t previously exist. That money was used by the Bank of England to repurchase government debt from financial companies that couldn’t otherwise sell it owing to the “credit crunch”. The cash seemed to do nothing for the economy as a whole, although it did help the banks and it didn’t cause the price inflation which would be expected through a QE policy. So if QE can be used to help banks, why not use it to grow the economy?

Corbyn identifies technology, infrastructure and green energy as potential recipients of the money QEP creates. The system he proposes would mean the Bank of England crating money, as with “old school” QE, and lending it to a new National Investment Bank. This bank will then finance investment into the chosen areas, creating growth and a return on the loans. In other words, a win-win. Corbyn believes that this kind of growth, rather than austerity, is the way to remove the budget deficit.

Nationalisation means rolling back another neoliberal project, privatisation. Corbyn particularly identifies railways and power generators as targets for re-nationalisation. These companies can then be run by the people, for the people. If this sounds like old socialist language, well, it is. But it’s not unpopular, as people can’t understand why they have to pay ever higher prices to companies making ever increasing profits.

How Corbyn proposes to fund these nationalisations remains to be seen. Compensation would run into hundreds of billions and probably won’t get the support of enough members of his own partly, let alone support from elsewhere. Of course, the UK could confiscate these assets, but that kind of thing totally deters inward investment and would ultimately leave the country much poorer.

To make the numbers balance, Corbyn is talking about raising taxes for the better off and for corporations. In short, this would mean rolling back the tax cuts (apart from perhaps the basic allowance) that George Osborne has made since 2010, including inheritance tax. “Paying tax is not a burden. It is the subscription we pay to live in a civilised society.”

Some have jokingly, or perhaps not, suggested Corbyn is advocating a maximum wage as well as a minimum wage. This implies a 100% tax for earnings above a certain level. I don’t believe that’s true, but for some it may feel like that.

Outside of left wing journalism and forums, most reaction has been critical. It is interesting to see that even the Telegraph resorted to mocking Corbyn’s proposals, a strategy that’s likely to backfire if the mocking of Scottish independence, and the SNP in general, is anything to go by. But they swallow their poison with this article. Perhaps a more mature appraisal appears in The Economist, although it is just as critical. My favourite piece of balanced journalism appeared in ThisMoney. The article points out areas where Corbyn does indeed have a point and where Osborne’s policies have failed to deliver.

There are many other aspects to Corbyn’s proposals, such as the scrapping of UK’s nuclear deterrent, renegotiating our treaty with NATO and union rights. But the five points above sum up many of the talking points over the last few weeks.

Jeremy Corbyn’s paper “The Economy in 2020” is availbale here.

« What is Neoliberalism?
Three Steps to Corbyn »