Negative Interest Rates – What about the consumer? 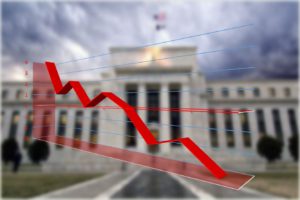 Negative Interest Rates now in parts of Europe and Japan

Why are negative interest rates now commonplace? We look at whether the USA and other economies will follow, and what the implications are for consumers in terms of borrowing and saving.

How did we get here?

The banking crisis which began in 2007 is well documented.What followed was a “credit crunch”, where borrowing became difficult. The lowering of interest rates, and the “quantitative easing” programs brought in at around the same time sought to encourage more liquidity and consequently more lending and less hoarding. The knock-on effect on the retail banking sector was that banks lowered their savings rates. Mortgage rates came down too, but still remain well above savings rates. There might be discontent towards negative interest rates, but IMF says it’s the right way to go.

Meantime the sovereign debt markets prices government bonds higher and higher, as money sought a safe place, away from precarious developed economies like Greece and some other Euro countries. At one time, Swiss yields were down to -1%, suggesting that the market believed either that the Swiss Franc would appreciate by at least 1% against their own currencies or that Switzerland was a jurisdiction worth paying that extra 1% for. Denmark, Sweden and Germany weren’t far behind, and Japan was even issuing new debt at negative interest rates, and investors were buying it. The ECB pushed its deposit rates below 0% in June 2014 in a bid to ward off deflation. The USA has resisted following this trend, but Janet Yellen says that circumstances could put negative interest rates on the table. However the Fed might have a problem on its hands. The Federal Reserve is owned by US banks and pays them interest. That is incontrovertible. These banks would unlikely sanction negative interest rates, and such action might end up in the courts.

What does that mean for my notes and coins?

As things stand, notes and coins remain exactly that, items of currency that neither gain nor lose by way of interest. So for the consumer, who can afford a safe, any imposition of negative interest rates by banks will likely result in a run of withdrawals as people decide to take their chances. The consequences are really quite dire and would not be allowed to happen. The reserve banking system that operates around the world means that banks create money as debt – mostly mortgages. That money did not previously exist, and certainly doesn’t exist as deposits from savers, other than the few percent that banking laws require that banks have as their “reserve”. In the UK, for example, 97% of money has been created this way. Consequently a rush of withdrawals will soon see banks literally run out of money.

Rather than fix the system, as groups like Positive Money advocate, the solution more frequently peddled is that nations should do away with notes and coins, resulting in a totally digital currency. The only place such a currency could exist is within a national banking system, complete with whatever interest rates banks want to pay or charge, and putting an end to keeping money under the mattress.

Is there any escape from negative interest rates?

Interesting question. In terms of any particular currency, ultimately no, because the state controls the currency and demands payments of taxes in amounts denominated in that currency. So moving to a non-digital currency might avoid negative interest rates but it would bring in a risk of depreciation too.

Proponents of cryptocurrencies like Bitcoin champion the democratisation of currency, where the market decides its conversion value rather than national governments. As things stand, take-up has been small. But as Bitcoin and its successors gain in acceptance, national governments may try to prohibit or tax its use in order to impose controls on its circulation. For a completely digital national currency, that might even be possible, although there are many ways around that such as first buying another asset an then selling that asset for Bitcoin.

There is no escape from gold and other precious metals making a comeback. As interest rates dip below zero, the attraction of holding something tangible and valuable like gold and silver becomes more and more appealing. Indeed in China and India, the attraction never really went away. Some commentators suggest a huge rise in the price of gold in the next few years.

The price of gold or Bitcoin varies a lot when measured in any particular currency. But is that fair? Some would say that currencies vary with respect to gold, given that gold has been around ever since early humans started picking up the little nuggets from river beds and the longest surviving currency has only been around since the 17th century. Of course, just because gold has been the currency of choice through most of history, it doesn’t guarantee it will be so in the centuries to come. However as long as enough people make it so, it will always have value.

Of the other hard assets that are likely to feature, these must surely include land. Although not as versatile as gold, land in a secure jurisdiction will keep its value and indeed have a value to us, because we can live on it. Not as convenient to trade, as a discrete plot, but maybe traded equity in land (such as Real Estate Investment Trusts, or REITs) will become like currencies. Writing in the Guardian, Joseph Stiglitz points out that as interest rates fall, so will people withdraw their money and buy increasingly riskier assets instead.

And if we’re in debt

It’s nice to think that our own debt repayment rates, like mortgage rates, will also drop into negative territory. In theory they can. But it’s not going to happen. Why would a bank risk lending to you and me if it can just keep the money (or not create the money) on its own books. We are riskier than banks, unlike national governments who can get away with borrowing at negative interest rates. This is the irony about the digital currency, too. While it stops us withdrawing our money as cash from banks, it doesn’t stop the banks keeping digital currency on their own balance sheets. So it’s lose-lose for the consumer, who has to pay not just to borrow from banks but to save with the banks too.

If this scenario does occur, for heaven’s sake don’t keep money on deposit but pay off debts as soon as possible.

Will the USA have Negative Interest Rates?