What is a Digital Currency? 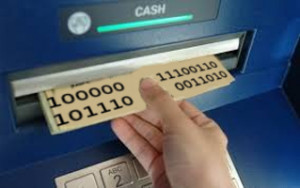 There is much talk about Digital Currencies, but what are they and why do we want them?

Last week, the New Economics Foundation proposed a new digital currency for Scotland, unsurprisingly called the ScotPound. But it’s not a cryptocurrency like Bitcoin. Rather a fiat currency that won’t have a physical form.

Let’s just recap at lightspeed how we got here. Centuries ago, money had real value. It was actual pieces of gold or silver that people exchanged for goods and services which were less portable and divisible. But rulers and governments replaced these with tokens, stamped or “coined” (hence the word) with the official design, often the ruler’s profile. These tokens were not worth their weight in gold, and more were minted when the ruler wanted to finance a war, for example. This was the start of currency debasement and it goes back to Roman times, at least.

Banknotes, on the other hand, have a different history. These were receipts on gold deposits kept by money lenders and early bankers in a safe. Rather than a merchant trading their gold, they traded the receipt instead, which was much more convenient especially when travelling overseas. Then bankers realised they could create receipts which weren’t backed by new gold, but still had a claim on the gold already there, meaning that there were more receipts than there was gold. They lent these receipts, now called banknotes, and charged interest on them. So long as every banknote holder didn’t want to exchange their notes for gold at the same time, this proved to be an effective scheme for creating money for the bankers.

National currency systems used both coins (minted by the state) and notes (issued by the national bank) as tokens of exchange, and the state held reserves of gold and silver to back up the value of these. In fact the “gold standard” existed, via some downward adjustments on the way, until 1971 when Richard Nixon’s government famously decoupled the US dollar from gold completely. And as other national currencies were fixed against the US dollar, these too came away from the gold standard.

Meantime, a banking system known as “fractional reserve banking” had been established, whereby banks could create new money, much like the money lenders in the middle ages and their receipts for gold, even though they don’t have enough physical assets to cover the value of the new money. In the USA, the Federal Reserve created money on behalf of the government, but all banks when they issue loans will be doing the same thing. They create money out of nothing. There has to be some real assets there but these only amount to a few percent of the total money created by each bank. This money in circulation fluctuates with lending and defaults from day to day and is quoted in the money supply figures.

Much of the money created never becomes physical. No notes or coins, just electronic transfers between banks representing their customers’ money. In that sense, the money is mostly digital. And we use the term “fiat money” to distinguish it from “commodity money” like gold. Fiat money, or fiat currency, has no fixed exchange value. It only exists because a national jurisdiction says it does. The word “fiat” is the third person subjunctive of the verb “to do” in latin, which roughly translates as “let it be done”.

So we already have digital currencies, it’s just that they co-exist with physical currencies.

The ScotPound proposition is for a totally digital currency that would exist alongside the UK Pound Sterling. The advantages and disadvantages are not immediately obvious, and they are certainly not without critique. How, for example, would anyone know what a ScotPound is worth? And why would anyone want to use one over and above the pound?

Fiat currencies are technically worth nothing. But in practice they do have a value because national governments create national debt with them and because taxes are paid using them. So the answer to those questions depends on whether demand is created by government or indeed any other party. ScotPound is not designed to be issued as debt – indeed the proposal is to give away 250 of them to everyone in Scotland. I asked Duncan McCann at the NEF about the demand for ScotPound and he replied

“One of the major tasks that would need to be completed before the currency was launched would be to enlist a large network of businesses where you could spend the new currency. In addition the Scottish government would accept the currency for certain taxes.”

We also compared ScotPound to a LETS. The full dialogue between us can be found here.

Should we be suspicious of digital currency?

There are real concerns with purely digital currencies, especially for the paranoid:

One interesting feature of digital currency is that it becomes possible to charge negative interest rates. In other words, you put in 1000 units and next time you look there’s only 995. With physical money it’s a simple matter of hiding banknotes under the mattress if banks get a wheeze like that. I discussed these topics in Can we be a Cashless Society.

Ah, cryptocurrencies. And it’s not just Bitcoin either. There are now very many of them, although Bitcoin is by far the largest.

It is unlikely, at least in the foreseeable future, for a national government to adopt a cryptocurrency as its currency. It’s hard to control, making taxation a real issue. So why is it that cryptocurrencies have a value of exchange against fiat currencies? That’s hard to explain, and I am not sure I even know the answer. It’s to do with supply and demand, and possibly linked to the rewards required to pay the miners. But they certainly do have a value which fluctuates just as a fiat currency might against another fiat currency.

So will Digital Currencies be the norm?

If technological issues like security and reliability can be perfected then my guess is that yes, one day we will see digital fiat currencies replacing the current range of fiat currencies. These digital currencies, like the ScotPound, might just as easily exist at a local level as a national level, which also helps the local economies by making sure that the currency can only be used in a certain area. My guess is that to encourage us to go digital, there will be a carrot-and-stick approach with a charge to convert from digital to physical (the stick) and with some free technology (along the lines of Apple Pay) and even an up front number of units distributed to everyone who qualifies (the carrot). But this will be some way off.

The challenge to digital fiat currencies will, of course, be from cryptocurrencies. These tokens by-pass banks and treasuries and are already used for black market and other anonymous transactions and for online betting. Governments may have to think of some innovative solutions to fund the state.

Perhaps a combination of commodity money (something has to be worth something), fiat currency and cryptocurrency will transpire. But it does look like the existing system of reserve banks creating money out of nothing, debasing it in the process, will one day be a historic curious fact.