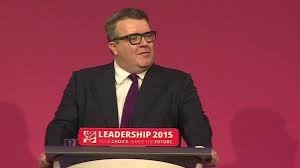 New Deputy Leader of the Labour Party, Tom Watson, had some comments to make about free markets

As we in the UK are aware, what distinguishes the left from the right is largely the extent to which the state should provide essential goods and services and how much markets should provide them. The left believe markets, if left to their own devices, cause huge inequalities and benefit only the rich. The right believe that inequalities are acceptable so long as the less well off are provided for, and they will be better provided for under free markets than under a state-controlled economy.

Those organisations promoting free market policies point to the failure of communism to provide for society. They will say that under communism, even if everyone is equal (which they’re not) they will ultimately all be poor. Why? Because there is little incentive to improve ones own lot through enterprise and innovation, to the extent that it is permissible under a communist regime.

The neoliberal proposition is that free markets are created within a state-regulated environment. Arguably these are not technically free, but they at least allow for new ideas and initiatives to arise from entrepreneurs rather than from government organisations.

In his victory speech for the position of Deputy Leader, Tom Watson attacked the ruling Conservative Party for their dedication to a free market agenda which failed to deliver. In was really an attack on neoliberalism as a whole. Tom’s words were


They believe in the primacy of the market. But their markets are arbitrary and unforgiving. Whereas [the Labour Party] believe in the wealth they can create but not in the unfairness that comes if its not mediated. Yet anybody who thinks there’s a contradiction between pro-business and pro-worker doesn’t understand either.

Picking apart those lines, what I think he is saying is that there is some kind of middle way between total trust in markets and total state-controlled provision, which allows for wealth creation but not what he calls “unfairness”. Here is his whole speech.

The question is: is Tom correct that markets can operate to create wealth but never be unfair?

The concept of fairness is one that’s sometimes scorned upon by those who operate in an aggressive business environment. On the other hand, those providing essential services often do so because they believe that’s what they do best rather than because they can make money out of it. For such people, there is no interest in a free market, just in a minimum level of service to those who need it. There is probably no economic model which appeals to both.

But how would a society look if free markets were allowed to operate? Let’s take Tom’s last point, about being pro-business and pro-worker at the same time. In a free market, businesses would be at liberty to pay their staff whatever they choose, and without any secure employment contract. The market would decide how much workers would be paid, or how little.

History tells us that workers find that environment intolerable and eventually organised themselves into unions, despite businesses conspiring to criminalise union membership (hardly a free market policy – more of a cartel). Some countries, perhaps through revolution, decided they would go the other way and be totally pro-worker, with all the problems of state coercion and oppression that went with it.

What we have now in the UK and in other countries is a minimum wage and a range of employment laws which essentially state that there is a free employment market, but it has to comply with a number of rules. For some neoliberals this is too much but for socialists, it’s not enough and there are calls to raise taxes for the well-off, including Tom’s new boss, Jeremy Corbyn.

If the Conservative Party stays in power, it is already committed to raising the minimum wage each year to 2020, despite the consequent increase in the cost of basic services relying on low-paid labour. At the same time, it is making it harder for unions to operate by setting a minimum threshold of votes required for strike action. There is pressure for change from within that party, for example to change the way health care is provided to a market-based system.

If Labour gets back into power, we can expect a more left-wing version of Labour than the party which operated under Tony Blair. Whether Jeremy Corbyn ever becomes prime minister is another question, but the membership of the party is calling for more of his type of socialism than Blair’s.

In short, it can and probably will go either way.

« Three Steps to Corbyn
What is a Digital Currency? »