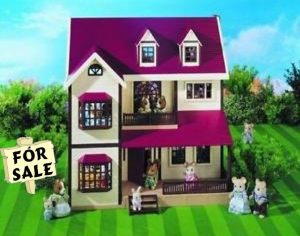 It’s widely acknowledged that UK house prices, especially in London and the South East, have risen to levels which makes it very hard for new buyers to afford their first home. Why is this? And what are the solutions?

In the UK, there are 28.1 million residential properties (May 2016). These are distributed roughly as follows:

Statistics from different sources vary, possibly because the definition of “owner occupied” varies. While the ONS quotes 64% owner occupied, this appears to include unoccupied properties and second homes. In London alone, estimates suggest there are 200,000 unoccupied houses. The Telegraph reports that around 5% of homes are unoccupied but this statistic includes homes waiting to be sold as well as holiday properties and suchlike. Thus a figure of around 59% of homes are used for primary owner-occupancy.

In terms of home owners, The Guardian reports that around 5.2 million people own second homes, a figure that’s on the increase. This is much higher than the 1.4m homes quoted as “unoccupied”, perhaps because the majority are then rented out as holiday lets. The same article states that 40% of adults do not own their own home.

What is the problem?

In short, most people without houses can’t afford to buy one. Young people are dipping into their parents’ savings to buy whatever they can, on the basis that it might be their last chance. The UK average house price is around six times the average UK wage, rising to over 12 times in London. With mortgages of the order of three times a person’s salary, the average person will only be able to afford to borrow enough to buy a quarter of an average house in the capital, a figure that probably isn’t much better for a low-paid person trying to afford a low price home.

At the same time, rents are increasing such that young professionals are referring to themselves as “generation rent”, with rent taking up a large proportion of their income, 41% of it, in fact, rising to over 50% in London.

The problem is getting worse. The UK’s population is rising faster than homes are being built. And an increasing number of homes are being bought by people who already have homes, as investments, to rent out while enjoying a ride on capital appreciation. While the government has taken steps to discourage this practice, by increasing stamp duty and reducing tax allowances for landlords, the damage has largely already been done.

Nobody seems to be arguing that we don’t need more homes built. However land with permission to build is mostly owned by development companies, who are seeing their assets rise despite not actually using the land for building. This has stifled the housing market, and along with other restrictions on building means that house building can in no way be considered a free market, a point made by the IEA’s Kristian Niemietz.

As well as the illiquid market in land, which benefits speculators at the expense of would-be home owners, other inflationary stimuli have been blamed for house price rises. And none more so than cheap credit. With interest rates at an all-time low, and consumer lending at possibly unsustainable levels, what we currently see might be a short term bubble. But that is of little comfort to those whose rents are eating away at their incomes. While some have forecast another credit crash, like 2007-2008, others suggest this is just a new paradigm we are in, and a consequence of low interest rates and quantitative easing with long-lasting effects. House prices certainly fell when that previous credit bubble ended, only to rise when QE saw money ultimately channelled into asset purchases.

The government has also been blamed for creating house price inflation though its Help to Buy scheme. This provides money to younger first time buyers who have saved for a deposit. It’s restricted to newly built homes, which means the government money really goes to the house building sector. The consequence is a 5% premium on house prices while landing the buyer with a high loan-to-value mortgage.

Before discussing how the current state of unaffordable homes can be remedied, it’s worth mentioning that any policy will have its winners and losers. If the aim is to bring down house prices, then those who have speculated on land and houses will see their assets fall. Conspiracy theorists suggest that the government is reluctant to take action for this reason alone, because Conservative MPs, supporters and voters are more likely to count those speculators in their ranks. Far better to support an inflationary policy to help first time buyers!

But just as Help to Buy channells money into the housing market, what policies take money out of it? Stamp Duty is a once-off transaction fee, but once paid has no effect on the investment. Capital Gains Tax is payable on the sale if the property is an investment rather than a home. But as this is payable from profits, it’s only a minor deterrent. Taxing landlords on the whole rental income rather than after the deduction of mortgage repayments has taken some of the sting out of buy-to-let but by no means all of it, especially from the wealthy who aren’t funding their investments with borrowing. If the UK had a 42% of people in the UK lived in council homes. Today that figure is around 8%, partly because council homes have been transferred to housing associations, which account for around 10%, but mostly because councils were forced by the Thatcher Government to sell their housing stock to tenants at preferential prices, thus creating millions of private home owners. Private landlords were not forced to do this, leading critics to suggest that the motive was political rather than ethical. Unlike private tenancies, council tenancies were often for life, with successive generations taking over the tenancies from their parents.

What would happen if more council houses were built? First, the supply to the rental sector would increase, driving down rents. Consequently, some landlords would decide to sell rather than reduce their rental income, releasing houses onto the market, creating downward pressure on house prices. Third, there would be a move from private renting to home ownership, exerting an upward pressure on house prices. Some kind of equilibrium would result, with house prices in some areas having fallen more than others.

The only group of people unaffected by this policy would be second home owners, assuming their second home is for lifestyle rather than investment.

It’s probably clear by now that I like the idea of more council homes. It does so many things: increases supply, provides a home for life for those who will never afford their own home, and improves affordability for those who might.

I think the most important discourse is that when property ownership becomes a means for speculation rather than a place to live, something is wrong. This is a discourse taken up by Laurie Macfarlane, who recognises we have to change from our established views on paying for land and rent in order to fix the system and mend the link between land and home, which still suffers from its feudal legacy.

Council homes are being used as a tool for managing the UK’s housing. There was massive building after 1945, but very little after 1980. Surely now it is time to start building again, even if a future government thinks it’s clever to sell them once more. They should have affordable rents and not built in peripheral estates, some of which are now considered ghettos.

But not only council houses. Some kind of action to deter land speculation is needed. Some suggest a Land Value Tax targeted at these “land bankers”. Others suggest releasing more land from planning restrictions thus alleviating the need for land owned by speculators. Let us hope that vested interests don’t prevent any of these actions being taken.