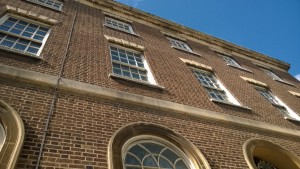 A step in the right direction?

The idea of working for no money does not sit well in modern socio-political thinking, at least for many people. Internships, typically lasting a few weeks or months, arguably provide labour to an employer but when wrapped up as an internship, minimum wage rules are circumvented. This means that a student with little or no money would find unpaid internships largely inaccessible. Writing in the New Statesman, Rhiannon Lucy Cosslett recalls a time her family had a fire sale to fund her living expenses during her internship. As many top internships are in London, living costs are very high and for Rhiannon, Labour’s proposals don’t go far enough.

The trouble for interns is that in their market, supply exceeds demand. And as any economist will tell you, that causes prices, read wages, to be forced down.

Free market commentator Andrew Lillico, writing for the Institute of Economic Affairs is predictably unenthusiastic about Labour’s proposals. He suggests firms will get round the rules by charging for on-the-job training instead, something which again penalises the less well off. He foresees a regulated internship environment which would be unattractive to business and would end up being run by the state. This is not an outcome which resonates with his free market thinking.

And it certainly does sound like a way of nationalising internships. As such, some will see this outcome as, in fact, highly desirable.

Is there a third way?

My own experience of internship was dressed as clinical experience. I qualified as a counsellor some years ago, and that had to include 140 hours of unpaid, supervised (i.e. paid for) experience. Counselling is hardly a hotbed of right wing, free market thinking, but somehow unpaid practice is tolerated even when working alongside qualified counsellors. Not surprisingly it attracts middle aged, middle class people to its training programmes. There is next to no public funding for training anyway.

I would love to say yes, there is a third way, but I can’t think of one. A solution might be for a government to provide a bursary for interns, in much the same way as it does for higher education. But doubtless there will be issues of bogus internships and yet more claims of slave labour, only government funded slave labour thus time. I can see this debate running and running.

« UK Pension Rules Changes – What are the choices at Retirement?
Money – Can we trust it? »