The Apple Tax verdict is a two-edged sword. And here’s why. 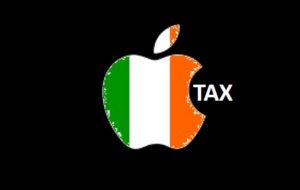 This week, the EU directed that Apple Inc must pay to Ireland EUR 13 billion in “Apple Tax” that Ireland allowed it to avoid

Ireland’s corporation tax is just 12.5%. That’s low by EU standards. It is 20% in the UK, for example. However not only does Ireland have low corporation tax, it also offers companies investing in Ireland corporate structures which avoids paying it almost completely. The response from EU Commissioner Margrethe Vestager went:

In fact, this selective treatment allowed Apple to pay an effective corporate tax rate of 1 per cent on its European profits in 2003 down to 0.005 per cent in 2014.

Apple has been good for Ireland

Ireland’s tax-efficient corporate structures allow non-EU companies to set up there and sell goods and services into the EU. In return, Apple has creates 6,000 much-needed jobs in Ireland. Clearly not only is Apple unhappy with the ruling, so is the Irish government. Whilst it might like 13 billion Euros, collecting it would deter subsequent investments in Ireland.

The US government is not happy either

We might think that the US government is eager to “protect its own”. But the reality is that the EU’s gain might well be the USA’s loss. If Apple pays the Apple Tax to Ireland, its US revenues and tax liabilities fall, and the US government will receive less tax from Apple. US corporation tax rates are 35%, rather higher than Ireland’s, and one reason for its exodus. A US treasury spokesman said:

We believe that retroactive tax assessments by the commission are unfair, contrary to well-established legal principles, and call into question the tax rules of individual Member States.

An opportunity for post-Brexit UK?

Some say that Ireland’s loss might be the UK’s gain. Georgios Petropoulos, research fellow at the Brussels-based policy group Bruegel said to Bloomberg:

Will firms from Ireland prefer to move to the U.K. where the European Commission does not have any power to prosecute them there?

With low corporation taxes, perhaps the UK can attract foreign corporations with its lower taxes. However this ignores two related points:

When the UK negotiates trade treaties with the EU, it will need to consider whether low rates of corporation tax are worth the potential imposition of tariffs by the EU.

Although I am still very pro-EU, I also believe in a low corporation tax environment, for all the reasons given by the Adam Smith Institute. This presents something of a conundrum, and part of me thinks that playing ball with high corporation tax might be a price worth paying for access to the EU’s single market.

On balance, though, I envisage Brexit as being just that, and the UK needs to be a model for progress rather than a co-conspirator in a broken tax system. Companies which sell to the EU will suffer if tariffs are imposed but if that can be offset with lower corporation taxes, then perhaps it’s not a bad outcome.

« Scotland’s finances: economic recovery in the EU or economic retreat with Brexit
What is, and what causes, Inflation? »