Article 50 : What do Britons want from Brexit? 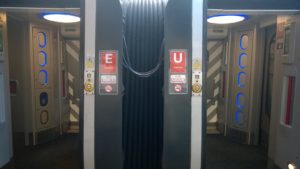 Today UK Prime Minister Theresa May signs the Article 50 letter and delivers it to the EU. Why?

The short answer to “why” is that she is following through the wishes of the UK voters at the referendum held on EU membership on 23 June 2016.

A longer answer needs to probe why Britons voted “Leave” in 2016 rather than “Remain”. An interesting set of statistics appeared today on Bloomberg.com, revealing some key numbers. And, at the same time, some of the challengers ahead for Brexit negotiators, iconically the “three Brexiteers” in Theresa May’s government: Boris Johnson, Liam Fox and David Davis.

Theresa May has already spoken to key leaders in the EU, notably Germany’s Chancellor, Angela Merkel. They the trade agreement between Canada and the EU. Or it could be through membership of an existing organisation, which means EFTA, the European Free Trade Association. More generally, the “single market”, as the EU’s free trade concept is known, is the EEA, the European Economic Area, which EU and EFTA members share. While 88% of Britons want free trade with the EU, the government has all but ruled out being part of the EEA. And here’s why.

Another of the EU’s “four freedoms” is the free movement of people. This guarantees that nationals of EU member states, and indeed EFTA member states which have agreed to the free movement of people, cannot be prevented from living and working in any other member state. According to the Migration Observatory, 3.5 million EU nationals live in the UK. Although not explicitly polled in 2016, it is generally acknowledged that many Britons believe that immigration has got out of control. Bloomberg’s statistics reveal that 68% of Britons believe EU migrants should be treated in the same way as non-EU migrants. In other words, no free movement of people. Given that the Leave vote in 2016 was 52%, this means a further 16% of Britons want immigration controls and presumably only voted to Remain because on balance, immigration was a price worth paying for free trade and other benefits.

Immigration has been blamed by a section of the UK population for being a drain on services and on downward pressure on wages and employment opportunities. This is the kind of discourse that Donald Trump enjoyed in his route to the US Presidency. Immigration, of course, comes not only from EU states but from non-EU states. In fact EU migration accounts for less than half of total UK immigration, and probably much less than half once we separate long term and permanent immigration from short term immigration like students and young professionals. Employers are generally in favour of immigration too. Not only because wages are driven down, as evidenced by the numbers of seasonal agricultural workers coming to the UK, but also because it provides a broader range of available skills. Some businesses simply wouldn’t exist if it weren’t for overseas employees. Or they would be set up outside of the UK.

The EU has been clear that the UK must continue to accept free movement of people if it wants to join the Single Market. That doesn’t mean the UK can’t access the Single Market, either via internationally agreed tariffs or under a separate trade agreement. But it won’t reap the full benefits of full membership.

The fourth freedom is the free movement of capital. Put simply, a transaction carried out between EU parties can be carried out in any EU member state. This does not affect the retail end of the spectrum so much, although the rules allow UK nationals to borrow money from any financial institution in the EU. It mostly helps banks and other financial institutions when it comes to dealing with each other. This leads to the concept of “financial passporting”, which benefits companies based in London for processing transactions from all over the EU. Given the banks’ jaded reputation in the UK, many people might be prepared to say “good riddance”. However banking in London provides employment for tens of thousands of people, whose jobs are now under threat. Banks are already planning to leave London and in Bloomberg’s survey, Britons are cognizant of that fact with 71% wanting financial passporting to continue after Brexit.

Is an agreement possible?

At first sight there appears to be too much daylight between what the UK wants: free trade and financial passporting, and what the EU wants in return, notably free movement of people but also a contribution to the EU budget which countries like Norway pay despite being outside of the EU. The contribution is negotiable, no doubt, but free movement of people is a rather binary concept. There is, or there isn’t. The UK government will be under pressure from anti-immigration campaigners within their own Conservative party as well as UKIP, who had long campaigned for border controls. Indeed the opposition Labour party is feeling pressure from its traditional voting base for immigration controls too. Free movement of people will be the wedge between the UK and the EU. The EU simply won’t accept a “conditional free movement” alternative.

That leaves a separate trade agreement. Without one, tariffs as set out by the World Trade Organisation will default, which are as high as 41% in the case of cereals. This might hurt the EU more than the UK but only in absolute terms. Relative to the total share of exports, the UK has more to lose, and will likely try and pursue a trade deal with the EU.

Clearly there is a lot of game-playing going on. One game in particular is the brinkmanship regarding permanent residency rights for EU nationals currently in the UK and vice versa. The UK government has thus far refused to commit to guaranteeing permanent residency, saying it should be part of negotiations with the EU. This could lead to some perverse outcomes perhaps if, say, Poland wants its nationals to return (Poland has a shortage of employees) it will conspire to make sure the UK doesn’t guarantee rights of it nationals. Again, the UK government needs to play this carefully if it is to keep anti-immigration campaigners onside. Other parties, especially the Liberal Democrats and the Scottish National Party, find this approach distasteful and otherwise bad politics, and are campaigning on the side of EU nationals in the UK.

Another game is whether the UK will pay what has been labelled a “divorce bill” or not. EU commitments to spending in future years includes budgeting based on continuing UK contributions. The EU argues that the UK should fulfill its share of the spending commitments, which includes pensions for British employees of the EU. But again, the UK has not declared its position on this.

Breakup of the UK

The SNP called and has won a bill to hold another independence referendum for Scotland. The reasoning being that the last referendum was for Scotland to leave a UK in the EU, with uncertain subsequent membership of Scotland in the EU. Now the first part of that equation has changed, and projections are around the 50% mark for independence. The UK government states that no referendum should be held before Brexit negotiations are complete, so that Scots can have a better idea of whether they like a post-Brexit UK or not. This government does not want to be known for presiding over the breakup of the UK, so again the stakes are high. The SNP stated that separate arrangements for Scotland regarding the EU would have been an acceptable alternative to independence, but the UK government wouldn’t be drawn on that and are believed to be against the idea.

This is just the start. It could take two years before any agreement with the EU is signed. Which is along time in politics.