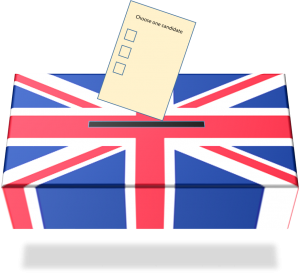 The vote was required owing to a law designed to prevent snap elections, known as the Fixed-term Parliaments Act (FPA), intended to fix parliamentary terms to five years. All but 13 MPs, mostly from opposition Labour Party marginal seats, voted in favour.

The ruling Conservative Party hopes to increase its small majority in the House of Commons so it can dictate the forthcoming Brexit agenda without relying on support from other parties when its own renegade MPs decide not to support any part of it. Speculation exists as to whether Theresa May wants a “soft Brexit”, where certain benefits (and compromises) of EU membership are retained through a bilateral deal, or not.

Is the gamble going to pay off?

According to opinion polls, Conservatives stand to gain perhaps 50 seats from Labour. They also expect to lose some to their former coalition partners, the Liberal Democrats, mostly seats they took in the 2015 General Election. The Liberal Democrats support continued membership of the EU, or at the very least, a continuing relationship, and might prove a strong opponent in Remain-voting areas in a band stretching from the middle of England through to the South East. It is less clear what will happen in South West England, where the Liberal Democrats lost all their seats in 2015, and would normally have expected to get some back but for that part of the country leaning towards Brexit. Conservatives will also look to make gains in rural England from Labour following a by-election win in Copeland, in the North West.

Gains outside of England look far less likely. The SNP is predicted to continue its strangehold of Scotland, and with no Conservative candidates in Northern Ireland, possibilities are most likely in Wales.

The political betting has Conservatives at 1/12 to win most seats and 1/6 to win an outright majority. So the omens are that an increased majority is likely but the extent of it is anyone’s guess at this stage.

Implications for the economy

In terms of government, little is likely to change, should the Conservatives win. This is mostly about Brexit and taking advantage of Labour’s low opinion poll ratings to buy two extra years of power. Nevertheless MoneyQuestioner will bring some analysis of tax and spending from the party manifestos as and when they are published.

« Article 50 : What do Britons want from Brexit?
Think outside the money box: Universal Basic Income »