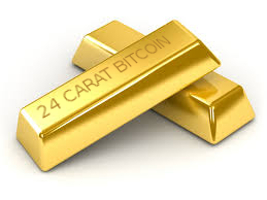 The price of bitcoin hit a fresh record high on Monday nearing $2,200.

More important than the episode being widely recognized as the first transaction using the cryptocurrency is what it tells us about the bitcoin rally that saw it break through the $2,100 and $2,200 marks on Monday.

Bitcoin was trading as high as $2,251.61 midday Monday, hitting a fresh record high, after first powering through the $2,000 barrier over the weekend, according to CoinDesk data.

On May 22, 2010, Hanyecz asked a fellow enthusiast on a bitcoin forum to accept 10,000 bitcoin for two Papa John’s Pizzas. At the time, Hanyecz believed that the coins he had “mined” on his computer were worth around 0.003 cents each.

Bitcoin mining involves solving a complex mathematical solution with the miner being rewarded in bitcoin. This is how Hanyecz got his initial coins.

The cryptocurrency has many doubters as it continues to be associated with criminal activity, but it has still seen a stunning rally. Here are two facts, on Bitcoin Pizza Day, however, that highlight this:

Why is Bitcoin worth anything at all?

Calculating what Bitcoin is worth is the economic conundrum of the 21st century. Any asset is clearly worth what someone is prepared to pay for it, virtual or otherwise. And when there are more buyers than sellers, the price rises, enticing out more sellers while reducing buying demand until the two match and a transaction is completed. Simple market economics. So the real question is: why the buying demand?

Some point to Japan, where its retail use has been legalised alongside the yen. For facilitating a transaction, it doesn’t much matter what the exchange rate into USD or any other currency is, because the parties can buy and sell Bitcoin just before and just after the transaction anyway, and any loss to the market will be minimal. But lots of minimals make a, well, maximal? They make something big anyway, and that’s what has happened. Every tiny bitcoin transaction in Japan by someone who didn’t already own Bitcoin will have pushed up demand. And that trend will continue until the sellers of goods want rid of their Bitcoin at a faster rate than the buyers want to get hold of them.

Others point to crime. Because Bitcoin is decentralised – there is no central bank facilitating exchange or trading – there is no regulatory function nor oversight. Bitcoin transactions can be completed totally anonymously, just about. Put simply, to the extent Bitcoin is legal, Bitcoin avoids the need for money laundering through financial markets. If more and more criminal transactions (e.g. drugs, ransoms) are facilitated with Bitcoin then that too will push up demand.

There are other cryptocurrencies too, but Bitcoin is by far the best known. Ethereum, for example, has increased in value by a factor of about 15 in the past 12 months. See here for Ethereum’s price chart.

I still struggle with Bitcoin. I was close to buying some last year but then enthusiasm waned. Should I buy some now? And why? It will be just a punt. I have no intention of spending them. Investors might like to keep an eye on the Winklevoss Bitcoin ETF which will push demand up further if it gets SEC approval.