Is Britain on the verge of a Brexit-fuelled house price crash? Only the data will tell 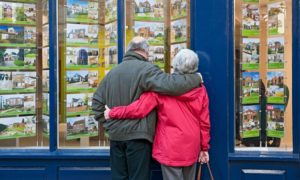 The long-term effect of the referendum on the housing market is impossible to predict. But there’s no doubt: sales have slowed and prices fallen since the vote

This week, exactly two months after the vote for Brexit, I spent an hour on the property site Zoopla looking at the latest housing sale data available. Anyone can do this at the click of a button. Unlike the rise in stamp duty in April, which was well anticipated, the vote to leave the EU was not. And all markets react most strongly to the unanticipated.

Being a geographer, I viewed the data county by county beginning with London, because it is usually in London that changes first happen. You can do the same: put a county name in the search box and click on “market activity in the last three months”.

Full story by Danny Dorling in The Guardian

The economics of UK housing

The UK’s housing stock is worth some £6 trillion, of which £1.3 trillion is provided as mortgages. The UK’s total wealth is of the order of £8 trillion. So housing makes up 75% of the UK’s wealth, or about 59% after the £1.3 trillion of mortgage lending is removed from the value of the housing stock. But of course that’s measured in pounds sterling. Perhaps, given that the majority of wealth is tied up in housing, we should measure wealth in terms of property not currency. So a fall in house prices might equally be interpreted as a rise in the value of pounds sterling.

And to square a complicated circle, we also note that 97% of pounds sterling has been created by banks as loans, mostly mortgages. The UK is clearly worth many times more than the total currency in circulation, which is a nonsense, as if everyone wanted to sell at the same time there wouldn’t be enough money in circulation to meet the valuations. Which gives an insight into how even small movements in buying and selling patterns can move house prices so much.

Up or down for house prices?

Dorling explains that house sales have dropped in the last three months, especially in London. He compares this with 1989, when following years of boom, house prices stagnated then dropped, especially in South East England. I remember those days. I put an offer in for a house in Chelmsford, Essex, 1987, only for the estate agent to phone up a few weeks later telling me they are asking for significantly more money – something like 15% more. By 1989 that house would probably have fetched no more than the inflated price I refused to pay. A friend who did buy back in 1987 but lost his job, went on a ski holiday and handed the house keys to his mortgage lender when he returned. Negative equity was a big problem, given that 100% mortgages were available prior to that.

I moved to Scotland permanently in 1988 and bought a flat. Prices had been slowly rising, and continued to do so. Quite different from the boom/bust cycle of South East England, which Dorling picks up on in his article.

And negative equity could be a problem again, especially if prices drop by as much as 50%, which the article suggests might happen in parts of London (although probably not those parts featuring the lower rungs of the property ladder).

So this is a bad thing?

Ha! Well, let’s break this down. People who don’t own property will probably rejoice. Rents might be driven down and properties they might want to buy might become affordable. People who own precisely one property probably aren’t affected too much other than suffering the annoyance of having over-paid for their homes. But those who own property as investments will suffer the most. And I suspect many people reading this article might say: Oh, that’s OK then. One wonders who George Osborne was appealing to, then, when he warned Brexit could hit house prices by 18%.

I am tempted to say that a fall in house prices is a good thing for most people, especially those who can’t afford to play the property market for profit. Which is most people.

« Taxman – 50 years of the Beatles’ Revolver
Scotland’s finances: economic recovery in the EU or economic retreat with Brexit »