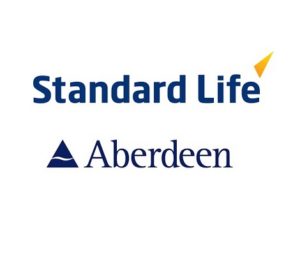 Standard Life and Aberdeen Asset Management have agreed terms on an £11 billion merger that will create Britain’s biggest asset manager.

The deal would create one of the world’s industry powerhouses, overseeing £660 billion worth of global assets.

However, it is thought several hundred jobs are at risk in Scotland and in the City as the duo pointed to cost savings that could add up to £200 million.

Full story in The Herald

This merger achieves two things. First, while many mergers of Scottish companies in recent history have seen them being absorbed into companies based elsewhere in the UK or overseas, this one unusually creates a larger Scottish company, not seen since RBS acquired NatWest in 2000.

Second, it’s a Scottish turnabout for Standard Life, stalwart of the Edinburgh financial scene for nearly 200 years. Perennially rumoured as a bid target itself since its 2006 flotation, it has been famously twitchy about being Scottish. Being against devolution in the 1990s and more recently against independence, both times threatening to leave Scotland, it now looks like it will be more entrenched in Scotland than ever.

Aberdeen, on the other hand, is a newer company, and has been acquisitive for many years, taking over smaller rivals like EFM, Murray Johnstone and Glasgow Investment Managers, and then Scottish Widows’ investment business in 2013. As with all acquisitions, synergies mean job losses. Aberdeen not only has its traditional base in that city, but like Standard Life, also sizable operations in Edinburgh mostly arising through its acquisitions.

So while the merger is defensively good for Scotland, and creates an investment powerhouse with a substantial insurance business, hundreds and perhaps thousands of employees might take a different view. There is also a chance that another company might try and buy either Standard Life or Aberdeen, coming in with a better deal. The Herald stated that the companies expect a £200m saving through the merger, perhaps something that will appear as a special dividend to shareholders next year.

Both companies will be represented in the new company name. Memories of when Friends Provident merged with Ivory and Sime, some stated the new name should be FIasCo. This time, could we get SLAC, SLAM, SLAP or something like that?

I didn’t see this coming.

Stock markets have warmed to the deal already, with prices of both companies rising in the morning trading.

It bucks the trend a little, too. Whereas Scottish Widows, owned by Lloyds Banking Group, sold its investments business to Aberdeen, rival insurer Standard life now wants to integrate more investment management rather than separate its own insurance and investments business. Unless, of course, there will be a subsequent separation following restructuring. But that doesn’t seem to be on the cards. Standard Life’s expertise is in sectors like fixed income and property, feeding into its life assurance and pension products, whereas Aberdeen’s is in global equities, especially Asia and Emerging Markets, through managed and fund products. In that sense, they are complementary.

Consolidation in financial services is ongoing and inevitable. Edinburgh used to have a large number of investment managers and life assurance companies but now only a small number of large names remain. Soon there will be one fewer.