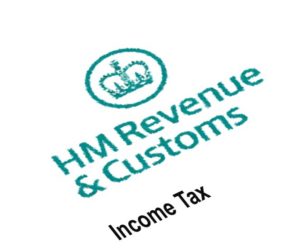 Our hard-earned pay is subject to Income Tax and VAT. Is this the best way to tax us?

Arguments have gone on for as long as I remember about the relative merits of Income Tax and VAT. Those who favour income tax point out that it is the individual that is taxed, and is subject to whatever exemptions and higher rates that their tax situation places them in. VAT on the other hand is impersonal, with everyone paying the same rate for the same goods and services.

In the UK, VAT is charged on most goods and services at a rate of 20%. Income tax starts at 20% after the first £11,000 of earnings in the current tax year. Let’s imagine we have either Income Tax or VAT, not both.

Here are the pros and cons.

One person’s pro is another person’s con

A flat tax isn’t necessarily a bad thing. I have proposed it before, coupled with a Universal Basic Income and a Wealth Tax. But many people believe that as people’s earnings increase so should they pay proportionately more tax. But then again, it’s easy for the majority to decide what the minority should do.

One advantage of a consumption tax is that savings remain tax-free. So when someone saves money for a rainy day, perhaps when they are unemployed, that money has not been taxed. But when they spend it, it is taxed then. Of course that means that if the only tax we had was 30% VAT then what we have is a flat tax on consumption, where tax years and flow of income becomes irrelevant. That is why some kind of Universal Basic Income has to be coupled with a VAT-led tax regime, compensating people for what would otherwise have been their tax-free allowance. And for those not working, this will be their unemployment benefit.

Both Income Tax and VAT suffer from being avoidable in the cash economy. In the UK, self-employed people like builders, child minders and cleaners can easily avoid paying tax on their income. Some of these will be low-paid and therefore not a problem. But it’s not unusual for a builder to ask for £2,000 in cash, which is then paid to staff. Sometimes it goes through the books, but sometimes it doesn’t.

Until recently I was 100% behind Income Tax, and saw little merit in VAT. But I have come round to the idea that consumption can be taxed but savings not taxed. This has parallels with retirement saving. Currently, we contribute to our pension without suffering any taxation (subject to a generous maximum). Only when we draw that pension does the tax kick in. Pensions are really tax deferrals rather than tax avoidance, which does leave me wondering why tax-free pension savings need to be capped. A VAT regime works the same way, deferring tax from the time when it is earned to the time when it is spent.

For those who can’t afford to save, a pure VAT tax regime would mean that they pay a high rate of tax on all their income. Clearly this isn’t the intention of a tax system. So any move to a more VAT-heavy tax regime should recognise this and compensate the low-paid for tax they need not pay. This is also true if VAT were to be extended to all items, as suggested by the Adam Smith Institute. In this example, £30 billion extra would be collected, and they acknowledge that people would expect compensation.

So while I’m largely in agreement with the Adam Smith Institute on taxation, the reality is that both Income Tax and VAT are here to stay. Whether the government makes changes to either of these tax regimes beyond small tweaks or not remains to be seen.