A case for a negative Land Value Tax? 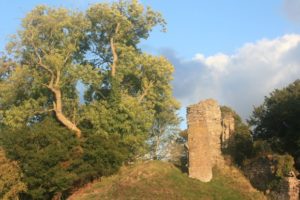 Land Value Tax, or Annual Ground Rent, is criticised by some for being a tax that hits large landowners with little income, and farmers whose livelihood depends on cultivating large areas of land. But is this necessarily the case?

Land Value Tax (LVT) has many justifications. In 2017 I provided a kind of FAQ in Land Value Tax – Seven Myths Busted which also outlines my own position on LVT.

The actual taxing of land runs into a number of potentially practical complications. First, how does one value the land in the first instance? Recall this means just the land, not the value of any buildings or other infrastructure that has been placed on (or in) it. There will be a degree of arbitrariness around this, just as there is in council tax. But in most cases it can be done. Second, landowners might not have sufficient income to meet the tax demand. This again need not be a problem. If we say that (for example) the annual tax amounts to the value of 0.1% of the land then it’s a simple case of charging 1.5% of the sale proceeds when the property is sold or the owner dies 15 years later. This proposition would only apply to individuals, however, who eventually die. A business or trust would be expected to settle their tax annually or at least within a period of a few years. Finally, if we recognise that much of the value of land arises because the state allows buildings to be built on it, or infrastructure to be built near it, then might we also conclude that any demands the state puts on to a landowner actually lowers the price of the land?

Let’s assume it does.

Land with no value

Is this even possible? Even mountains have a value – for grazing sheep or shooting things. But contaminated land may not. Nor marsh land, nor land dedicated to free recreation like parks. These would attract zero LVT.

Farmland taken out of production used to attract an EU subsidy. But this was scrapped in 2007. Nevertheless there is a recognition that the nation benefits from a proportion of farmland to be left fallow, to encourage plant and animal life to prosper.

If the nation benefits then isn’t it fair that the nation pays? Yes. And this can be reflected in the LVT of the fallow land. There would need to be a maximum proportion of land set aside on each farm, otherwise farmers could get paid for doing nothing.

A preservation order obligates the owner of trees to preserve them rather than damage them or neglect them. This may or may not incur a cost to the owner, but it likely means the value of the land with the trees on is worth, at best, nothing.

Many historic buildings and sites (like battlefields) can hardly be even given away, given the amount of work required to maintain the buildings, if there is a requirement to do so. If such land requires an annual government grant to give it a value then this implies a negative land tax. In a LVT regime, this would likely mean that organisations like the National Trust don’t get landed with huge tax bills. A house and grounds would likely attract a negative tax rate while any land that has value – perhaps if it has a cafe or holiday cottage on it – would be assessed for positive LVT.

Taxation and grants in one

LVT has the advantage of being an unavoidable tax. But how does land that has no value, or an obligation to spend capital on it, get assessed for tax? I would say that if it has no market value, then it is assessed for its annual costs and that becomes its LVT. Under my 0.1% example earlier, this effectively means that land with an obligation to spend £100,000 each year to maintain would be valued at -£100m.

« Trump steel tariffs: IMF warns plan would hurt US
Life after employment, and why the blog ran dry! »