Life after employment, and why the blog ran dry! 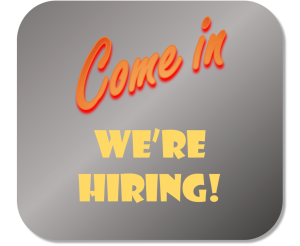 I haven’t blogged for six months

. It’s not like I’ve lost interest in my core topics of money, finance and investment. And I am as active on Twitter as ever. But the last year or so has been … interesting.

For those who don’t know, I found myself out of paid employment late in 2017, after over 30 years in the financial sector working with calculations using financial data, in particular indices and investment products. So here’s a recap of the nine months or so since then. Yes, I know it’s indulgent. But it’s about time I wrote something.

I knew it was coming. I’d figured it out well before I was told. The business was closing down, and I was in the first group of staff being “let go”. I didn’t much mind. I wasn’t really doing anything. My pay-off was going to be substantial, and staying back to watch a business I’d helped build for over 30 years being wound down didn’t appeal. What did bother me was the pretence that everything was “business as usual” when clearly it wasn’t.

After being told there would be a team meeting taking place about three hours after being told we were being made redundant, we decided to go to All Bar One and, basically, not come back. And that was the last I saw of my former managing director. A few days later my desk was cleared and I handed my keys back.

I was quite upbeat at first. The three of us who were paid off kept in touch, meeting at an Italian restaurant a few times. We all presumed we would get work fairly quickly. Indeed I came close to landing a job in London but my idea and their idea of what the job should be was probably too different. After not receiving ten job offers in the first 24 hours, I figured I would need to put some effort into this.

With my CV skilfully crafted and my being signed up to recruitment websites, surely something would present itself. One job in particular (again in London) had “me” written all over it. I wanted to speak to a human about it, not just submit my CV through an online process. Could I find a contact? Not even the name of someone at their HR department. The application process was opaque, to say the least. I never heard back.

Was it my age? Was it the way CVs are scanned by algorithms? What was clear was that few jobs wanted a generalist with skills in IT, financial data, investments, marketing, research, quants and public speaking. Everyone wanted an expert in one of those. I didn’t know Python, ! don’t have a PhD in maths nor do I have CFA qualifications. 30 years of experience counts for very little.

I never got depressed. Although thinking back, my behaviour showed signs of depression – not going out, staying in bed, a bit emotionally fragile. I actually felt quite happy. This was the long winter of 2018, and I would rather spend time alone in dark coffee shops or catching up with Game of Thrones than thinking about my future.

I think by now I had decided I really didn’t want to be “employed” as such any more. I saw job alerts every day but didn’t feel any urge to apply for any of them. It was like I was recovering from some kind of brainwashing. I started to feel more positive about my capacity to operate in society without having a job to go to each day.

I was now approaching the six-month mark. People told me it would probably take that long. I should say at this stage, I had two things going on for me that had sustained me thus far. First, I had money. Not just my pay-off but also savings and, as I was soon to be 55, potentially a pension too. Second, as a qualified and practising counsellor, I continued something I started over ten years ago, which was to offer my counselling services voluntarily at a local counselling charity.

I already knew about Business Gateway, an excellent initiative to help the self-employed and funded by the Scottish Government. I signed up for a couple of their workshops and I immediately felt at home. It was like – these are my people, my tribe. Everyone from make-up artists and holistic therapists through to business consultants and IT contractors. Throw in an enthusiastic facilitator and the support is really overwhelming. All that remained was – what was my proposition? I flailed around with ideas about mashing my financial sector experience with counselling but nothing seemed to stick. So it was a case of: What can I do right away? Quite simply, that was to become a self-employed counsellor. Sure, I have other ideas, but now was the time for action.

Just in case, I triggered my DB pension, which has years accumulated up till 2009. The subsequent DC money and previous FSAVC money remains in tact. I took the 25% tax free lump sum, as I fear it’s an allowance that will be phased out before long.

I met with my facilitator a couple more times (thanks Yvonne!) and a careers consultant who had been contracted by my previous employer to help us out, and who offered some great advice about starting out as a sole trader. I now have a website, business cards and have negotiated rooms in which to practise. As I write this article, all I now need is clients! With the summer nearly over, all that remains is to get started.

And what about blogging?

I don’t know why the blog ran dry. I think my mind was elsewhere, and the blog was always a hobby, a luxury. But I’m glad to be back.

« A case for a negative Land Value Tax?
Capitalism and Socialism in a Democracy »