NHS funding – what options are there? 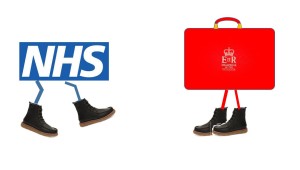 The solution to NHS funding has been a growing problem in the UK, and solutions are as much political as financial

Although the current Conservative government stated before the election in May 2015 that health spending will be ringfenced, in other words not subject to cuts other departments have to make, many inside and outside of the party believe that there will be a movement towards some kind of change in the way the NHS works.

The UK has a taxpayer funded health care system, with small differences between its four constituent countries (England, Northern Ireland, Scotland, Wales). These differences involve costs of prescriptions, costs for eye tests and costs for dental treatment, which to some extent in some countries are expected to be paid for by the patient. The system was created in 1948, absorbing many general practitioners and hospitals. Yet its costs seem to be forever rising and its service standards found wanting. As things stand, the NHS is facing a funding shortfall of £2.2bn despite increases in central funding and promises of more to come. Members of the Conservative Party are split on what should be done, with some including Prime Minister David Cameron on the side of keeping the NHS publicly funded and others question whether the NHS is sustainable in its current form.

So let’s take a look at the options.

Keep the NHS as a publicly funded service, free at the point of delivery

Keeping things as they are suits many people, especially those who can in no way afford private health care. And as far as many people are concerned, the system works well enough, despite it appearing rather disorganised. The attraction of being free at the point of delivery means that affordability need never be a concern when seeking medical advice or attention.

Opponents of this system suggest that without some kind of competition in service provision, there is a tendency to become inefficient and little motivation to reduce costs. Additionally, much time is wasted through missed appointments, which wouldn’t happen if they were payable in advance. Counter-arguments revolve around there being no reason why the NHS shouldn’t be able to provide a similar standard of care as the private sector if it were managed better.

The idea that the NHS should be just a funding mechanism is not new, and has indeed been dabbled with in the past and to some extent goes on today. The NHS can, if the person responsible for your case approves it, refer you to a private clinic or hospital. This only tends to happen if some kind of specialist treatment is required or waiting times are unrealistically long. Private health care providers This article by Kristian Niemietz of the IEA is typical of the commentary coming out of such organisations concerning this model. Opponents believe that because service providers will be driven by profit, this model must ultimately cost more than the current system because the same funding levels must pay for both health care and profit. Free market thinkers like Mr Niemietz point out that countries operating this model have a higher standard of health care.

Privatise service provision and funding the NHS with insurance

This is almost, but not quite, total privatisation. There would be a state “Obamacare” system making sure that everyone has access to health care, but for many people there would be an expectation that they would take out private insurance to pay for health treatment, such as already exists in the UK through BUPA and others. Consequently insurance companies would decide on the treatment an individual would receive, probably based on the premiums they pay, and where they would receive it. As before, health services would be provided by private sector organisations.

As this system has two levels of profit-making – the insurance companies and the service providers – arguments for and against a model like this are much the same as in the previous model. The added feature of people paying according to their risk of needing to call on the insurance means that individuals pay different rates based on age, lifestyle, geography, claims history etc. Under this model, funding by taxpayers is no more than the funding required to keep those who cannot afford health insurance of their own – those on social security benefits, basically. This means significantly lower taxation but a significantly higher personal expense for health care to compensate. From a libertarian perspective, this means increased choice on the part of the individual. But for many in the UK, health care is not a commodity to be traded, but an essential part of social infrastructure like education, policing and defence. There is little appetite for wholesale change.

The UK already has a mixed private/public health sector. But what it lacks is the choice to opt out of the NHS and use the tax, or part of it, to pay for private health provision. Some argue that they shouldn’t be forced to pay for the NHS and they pay more again for private treatment. On the other hand, if the NHS was totally opt-in then it would have insufficient funding, because higher tax payers would likely find it cheaper to shop elsewhere leaving a lower fund of money to pay for the lower-paid to divide up between them for their health care.

Reducing the scope of NHS provision

Many people would agree that life-saving operations are exactly what the NHS is there for. Many people may question whether it should be providing tattoo removal, however. There is no easy answer to where services provided by the NHS should stop and private treatment should start. At one time the NHS would not have entertained gender reassignment surgery, but modern belief is that someone can indeed be born one sex but into the body of the opposite sex. So gender reassignment surgery would be more than cosmetic, it would be essential to the person’s wellbeing. I am not going to argue one way or the other here, only point out the kinds of debates going on between what is essential for a healthy life and what is personal preference or even vanity. Tattoo removal is, arguably, vanity. But what about IVF? Infertility is not life-threatening or even health-threatening but it has devastating effects on someone desperate to conceive.

Some say that the NHS should only be there for someone’s physical health. But even then we get to arguments about how self-inflicted the person’s situation is. As I write, some 50% of ambulance calls for Accident and Emergency are for people who have been drinking excessively. (It’s Saturday before Christmas). There’s a part of me that thinks that people should pay to be irresponsible. But then again, I required treatment after breaking my shoulder after crashing off my mountain bike four years ago. Self inflicted? Well, mountain biking does require extra premium on travel insurance, so we can assume I am taking unnecessary risks with my body. A private health system would mean that those drunks, and this careless mountain biker, only got the treatments they paid for. But as things stand we all get what we need from the NHS. Thanks everyone. Much appreciated.

Funding the NHS should continue to be borne by the taxpayer. Of that I have no issue. But as always, the reality is more nuanced than that. I would not like to see that £2.2bn black hole in funding getting any bigger, and preferably it should go away completely. So what can be done?

So that’s my take on NHS funding.