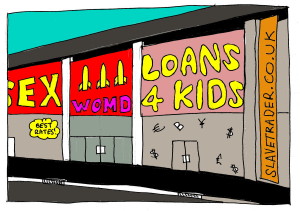 A lot has been written over the years about ethical investments. What are the guiding principles?

Recently I was around a table discussing whether a fund should disinvest from companies involved with fossil fuels. The organisation already has an ethical policy, and as usual everybody has their own opinions as to how much or little that should extend. I will try and rationalise where I see the issues.

Some ethical codes, most notably Sharia, would avoid debt and indeed any investment which is based upon the principle of money being made from money. Most investment funds, however, would include some debt as part of their strategy, whether it’s national debt, corporate debt, bundled personal debt or some kind of asset-backed arrangement.

We might argue that investing in the debt of a company which fails to meet our ethical criteria is less desirable than investing in their shares. This is because the company has an obligation to pay you interest on your money which it is using to its ends. And you will be a creditor in the event of the company becoming insolvent. But in many other ways, debt and equity can be analysed similarly.

Like a lot of debt, equities trade in the financial markets. Consequently even if you invest in shares of a company failing your ethical criteria, you could argue that there is no benefit to that company from your doing so. The flip side is that you are supporting a secondary market in those shares which only exists because there was in the first instance a primary market – i.e. somebody had to invest into those shares in the first instance and the company would have benefited from that.

One advantage in holding shares in companies which are ethically awkward is that you have a chance to vote at their AGMs and EGMs. If there is a shareholder motion to stop doing the things you don’t like then it’s your chance to support that motion.

What happens if large numbers stay away from unloved companies?

Conventional logic suggests that as investors sell of companies which they consider ethically unsound, the prices of these companies will fall below their otherwise “fair value”. This creates a buying opportunity for less troubled investors, who would take advantage of the discount which emerges and carry on buying until the gap is “arbitraged away”. But once the outflow has stopped, such buying opportunities will have gone and the shares will trade as usual,among a thinner group of potential investors.

The likely outcome, therefore, is not that the share price will be permanently damaged by selling pressures, but that trading volumes will drop. A company is unlikely to be hurt by this, although the potential for raising capital in the future (rights issues) might be reduced.

For many people, investments are exactly that. It doesn’t worry them how the money might arise. That’s what governments and laws are for, right?

But there is a growing interest in ethical investments which follow some kind of guiding principle over and above that of investment returns. Loosely speaking, these principles can be grouped into positive criteria and negative criteria.

Positive criteria are those criteria which you choose as being necessary before considering investing into a company. The company must be making a positive contribution to, say, the community, to reducing carbon emissions or to bring investments to certain parts of the world. They might have to have certain policies towards their employees and show some kind of diversity on their board.

Negative criteria on the other hand define the conditions under which a company is excluded. Typically this is when their activities are in certain sectors such as pornography, armaments or gambling. It could also be when companies deal with regimes with a poor human rights record or when they cause excessive pollution.

There is no absolute set of ethics. Indeed some funds will pick one “bad” company over another because the relative degree of “badness” is not so, well, bad. This is usually because the manager wants to ensure that the fund’s returns are not likely to deviate too much from the general market benchmark.

How strong are your convictions?

Back to the meeting I mentioned at the start. It seemed clear to me that dis-investing from fossil fuels might be a nice ideal for the sustainability of our planet. But there was no evidence that the stakeholders of this fund were replacing their central heating with green energy and replacing their guzzling cars with electric ones. Consequently it seems to me that it’s far easier being an ethical investor than an ethical consumer. Or to be more critical, it’s easier to take a stand when you don’t have to actually do anything.

On the other hand, I am reasonably sure that this particular group of stakeholders doesn’t overtly engage in explicit sex for money or carry round cluster bombs. So their decision to exclude pornography and armaments would be entirely reasonable for them. What starts as ethical consumerism leads to ethical investments.

And for me, that’s the litmus test.

« Can we be a Cashless Society?
Is there another recession coming? »