Is there another recession coming? 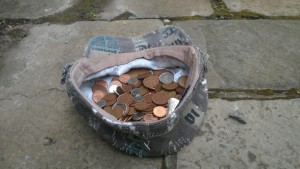 Economists have been raising the prospect of recession more and more this year. What does this mean?

Some of us might think we’re still in the recession that started with the banking crisis in 2007. Others reading this blog post will already have experienced recession in recent years, so please let me apologise in advance for my parochial take on the subject.

According to metrics commonly accepted by economists, a recession happens in a country when its GDP contracts for two quarters in succession.

GDP is Gross Domestic Product, the value of all goods and services produced in an economy. It cannot be measured accurately, but organisations exist in each country to estimate GDP, often revising the estimates as more and more data is included.

Normally we think of recessions as existing in countries. But within countries, some regions might have growing economies whilst some regions have contracting economies. The same is true for sectors too. There may be growth in the IT sector and contraction in the building sector. On a more individual level, we might see our own economic circumstances are growing or contracting and this might be in phase or out of phase with our national economy.

Recessions might, of course, affect more than one economy at a time. In fact, this is quite often the case. If a recession in one country is caused by rising oil prices then it’s likely that a number of other countries will also be affected. In theory, the whole world could go into recession at the same time. This has not happened yet. But it’s not hard to see that as economies converge and become inter-dependent, a global recession is not beyond the realms of possibility.

The easiest way to see this is in the chart from the Office of National Statistics (ONS).

Some of us might recall talk of a “double dip” recession back in 2011 and 2012. It very nearly happened, as can be seen on the chart, where growth was zero in Q4 2011, having been revised from an earlier estimate which was, in fact, negative.

Since then, modest growth of less than 1% has been the norm. This might surprise some people, as money appears to be tighter today than it was last time the UK was in a sustained growth phase, in the mid-2000s. GDP might not be as good an indicator for personal wealth as much as it is for national wealth, which might lead us to wonder where all that money goes! (Part of the answer lies in the UK’s increasing population).

When will the next recession happen?

The simple answer is: We don’t know. Many economists try and predict recessions, much as they try and predict any number of statistics. Some use charts to try and make predictions, and anyone interested in the use of charts might enjoy this video from David Quintieri:

But a word of warning: There are so many charts out there that it’s probably easy to find some to back up a theory.

A personal theory of mine is that we need to look at what financial markets are trying to innovate and sell. Before the credit crunch of 2007-2009, we saw Collateralised Debt Obligations circulating the market. This was mortgage, or any asset backed, debt bundled up and sold on to investors, leaving the original lender with a much reduced exposure. The cleverness of CDOs was that they worked in perhaps 3 or 4 layers, so that when mortgage payments were collected, defaults were first allocated to the lowest layer and only carried over to the second layer if the lowest layer was wiped out. Subsequent layers were not expected to take on any risk of default. Each layer was sold as a risk-rated debt package with each layer rated according to how likely it was to pay out in full. The top layer, being the least risky, paid the least interest and the lowest layer the most. However defaults were so high that the lowest layers really were wiped out and investors thinking they were buying relatively safe CDOs ended suffering a share of defaults too. The point here is that when a product offers something too good to be true, then it probably is. We might think of the dotcom bubble to be a similar example of boom-bust. And we should be on the lookout for more bubbles like these to help us identify the next downturn.

What can governments do about preventing a recession?

This is an interesting question. HSBC’s Stephen King, incidentally someone to whom I once reported, points out that governments don’t have any options left to tackle recessionary forces. Interest rates can’t be lowered any further and quantitative easing (aka printing money) has already been in force for some years. He offers one solution, however, and that is to divert money away from retirement savings to stimulate the economy, though he also admits that would be politically difficult to sell to a population.

Arguably, pension savings (and indeed all savings) are already being raided. Long term interest rates are considerably lower today than they were before the last recession, and even then they were low compared with rates in the 1990s. In the UK, this has led to annuity rates falling to levels around 25% down from ten years ago and 50% down from 25 years ago. The theory is that low interest rates stimulate borrowing at the expense of saving, thereby increasing money supply and spending.

What sort of recession is likely to be next?

Recessions are different. In the early 1970s, the price of oil quadrupled, causing inflation and unemployment. (This is called ‘stagflation’). In the early 2000s, a recession followed the dotcom bubble, which arguably would never have happened without the bubble, but happen it did and a lot of money was lost through chasing unrealistic future earnings growth. In the late 2000s, the recession was caused because banks lent to sub-prime (read higher risk) borrowers, particularly in the USA, causing a housing bubble and ultimately a glut of overpriced foreclosed properties on the banks’ balance sheets. The knock-on effect was that bank lending dried up and financial institutions relying on borrowing from banks and other participants in the debt market found themselves insolvent. Hence the term “credit crunch”. One of the most notable things about that situation was that it hadn’t been seen before, and governments had to think of the best way to dig their economies out of the hole, with many resorting to Quantitative Easing.

It’s easy to see in hindsight how the last recession could have been prevented, perhaps by exercising more caution or even regulation over chasing ever-riskier loan interest in a low interest rate market. But who can say for sure where today’s risks are?

It is probably a good time to consider this question, given that there is a recession “every few years”. We are currently in a reverse situation to the events leading to the sub-prime lending crisis, with banks reluctant to lend and sitting on $1.1 trillion in the USA alone. The next recession won’t be a “credit crunch”, as we’re still in the afterglow of the last one. Similarly, the oil price is falling rather than rising with production exceeding demand, so it won’t be the 1970s all over again.

An “act of God” would be catastrophic in many senses of the word, and financial meltdown will be just one of the things to worry about. I thought I had better mention this!

Some point nervously at China.

China has been the growth story of the last couple of decades, and that country’s demand for resources has pulled resource-rich economies like Australia and Canada along with it. A slow-down in China will hit these economies first and then their trading partners, the USA included, after. Note that a slow-down means GDP growth below the current 7% per annum, a figure that developed economies can only look at with envy even if China’s has been much higher than that. China also has a lot of debt to service. This is not currently a problem, but if it ever were, then economies exposed to Chinese debt will suffer and the effects will be felt around the world. (This is known as “contagion”.)

What is the Fed doing?

In the USA, distrust appears to be internal rather than external, and in particular a number of commentators scrutinise the actions of the Federal Reserve (the “Fed”). This is the body which controls money, basically, including the setting of interest rates on government debt. Milton Friedman, outspoken economist and money supply theorist, blamed the Fed for causing the Great Depression in the 1930s. Now, some say that the Fed might want to raise interest rates to prevent inflation gaining traction. In theory, all of this QE should be creating inflation but there is little evidence of that happening, probably because the new money supply hasn’t reached the pockets of most people yet. If the Fed gets it wrong, raising rates too soon, it would deter borrowing and consequently deter investing for growth.

Elsewhere in the world, and in the USA too but particularly in Europe, there is a belief that austerity has gone too far. Some are highly suspicious of austerity as a government policy because it hits mostly those who don’t have much money in the first place. Elections are being won and lost on austerity policies as nations try and balance their debt-ridden books through lower spending rather than higher taxation. This causes unemployment and pension poverty. There is no doubt that austerity is a contributor to recessions for the obvious reason that consumer demand for goods drops as their incomes drop. However a country which is effectively bankrupt will have one huge recession on their hands, and austerity is seen as a temporary measure of avoiding that. All would be well, except there is little trust in a government that appears to be made up of people who don’t seem to be suffering from austerity themselves and appears to be lenient to banks and other institutions who are blamed by many for causing the need for austerity in the first place. Greece is a prime example of how an economy might default on its debts but its people refuse to take austerity lying down, believing that their recession was caused by those with the power still to do something about it (both within Greece and especially elsewhere in the EU). Greece’s economy appears to have exited recession (or even depression) after six years, although using the “two quarters in a row” metric really sees it dipping in and out in the last few quarters. Blogger Billy Mitchell explains more about Greece.

Finally, let’s not finish this discussion without considering that the next recession might be another financial crisis. Juliet Samuels blogs on the WSJ site that there are many nervous comments appearing about financial markets. She discusses bubbles, valuations and Emerging Markets growth as well as some interesting comments about mistrust between financial institutions.

There is little to really conclude in this discussion other than to say, like the Spanish Inquisition, a recession comes along when nobody expects it. Nevertheless there are always going to be risks which can really only be quantified through some kind of stress-testing. Kind of: What would happen if China’s economy only grows by 5%? Or 0%? Or -5%? This in turn would identify other vulnerabilities elsewhere in the world which can be stress-tested, and so forth. However there are simply too many variables to deal with.

The question we should perhaps be asking ourselves is: How resilient am I should a recession appear now? Again, we can’t mitigate all risks, but we can certainly make sure we’re not relying on any particular economic situation to secure our future, such as low interest rates or growth from a certain financial product. Collateralised Debt Obligations, anyone?

« Ethical Investments and Ethical Consumerism
Greece, its Debt and the Euro »