Crime and Punishment in the Financial Sector 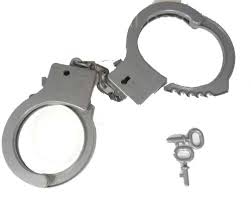 With the news that Tom Hayes has been sentenced to 14 years in prison, what does this tell us about crime and punishment in the financial sector?

Tom Hayes confessed to his crimes, and made out that he was a lowly player in the LIBOR-fixing scandal. He claimed his managers knew what he was doing and so did their managers. Yes he has been sentenced to 14 years in prison for his crime. Is this a just punishment? Or is it an exercise in scapegoating for a lot of wrongdoing by the banks?

Other financial sentences on individuals

In 1989, “junk bond king” Michael Milken received a ten year sentence for serious violations in the securities market. He denies insider trading and was eventually released after two years. Milken was head of the high yield (or “junk”) bond market at Drexel Burnham Lambert, a major Wall Street player in the 1980s. After his release, he founded the Milken Institute which supports a number of causes, especially in the health sector.

In 1995 “rogue trader” Nick Leeson received a six and a half year sentence for covering up trading losses at Barings Bank, ultimately causing its collapse. Like Hayes, he was a well-paid trader and was rewarded for making millions if not billions for his employer. Leeson attempted to return to the UK from Singapore but got as far as Germany before he was extradited back again. Despite attempts to shift the blame onto Barings, the court in Singapore blamed Leeson for the fraud and sentenced him. In recent years he has delivered speeches at financial events but does not work in the financial sector.

Probably the most notorious case of financial crime was committed by Bernard Madoff. His “Ponzi scheme” saw investors trusting him with millions of dollars which he claimed he invested, returning around 10% per year. Investors were wealthy individuals and latterly financial institutions too. However the returns he showed were only possible because he was using money from new investors to pay out to existing investors. The scheme worked so long as it was growing, but when new investments dried up, it collapsed because essentially, there was nothing there.

Madoff avoided being discovered for years, even though he was investigated on numerous occasions. He was arrested in 2008 and in 2009 received a sentence of 150 years in prison as well as substantial financial restitution.

There are many other examples of financial fraud and deceipt, such as those of Jérôme Kerviel at Société Générale in 2008 and “Mr. Five Percent” Yasuo Hamanaka at Sumitomo Corporation cornering the copper market in 1996, receiving 5 years and 8 years respectively. The case of the “flash crash trader” Navinder Singh Sarao has yet to be heard.

When individuals deceive, they receive heavy sentences. But what about corporations? While it’s true that even in corporations, individuals are ultimately responsible, it is also true that an employer can create and collude with a culture of bad practice. We might even argue that Mr Leeson and Mr Hayes were incentivised to commit their crimes, on the basis that their employers did not ask questions or carry out any kinds of risk assessment when they were making money.

In June this year, HSBC were ordered to pay $43 million in response to their money laundering activities in their Geneva-based private bank. Like other banks, HSBC makes all its staff take anti-money laundering training each year. Yet despite what its staff in Geneva were doing, HSBC did not question why its Swiss branch was doing so well and no doubt these staff were happy to pick up bonuses for doing all that business. The crimes may never have been discovered if it weren’t for a former IT employee stealing files containing the incriminating evidence. We might ask why HSBC was blind to such activities, especially as it had already come unstuck in the USA for laundering billions of dollars of Mexican drug money, a misdemeanour which cost them almost $2 billion in an agreed settlement. After both cases, HSBC issued similar apologies. Whether an apology would see them through another major indiscretion, should one come along, is questionable. Nobody was imprisoned at HSBC, large fines were imposed and a few people lost their jobs, perhaps more than a few people given that the bank probably needed to cut costs to pay the fines. That might not seem fair to Leeson or Hayes, but that’s pretty much how the system works.

While Tom Hayes has been sent to prison for rigging LIBOR, five UK banks have been fined nearly £4 billion, including £1.53 billion at Barclays alone, for manipulating foreign exchange markets. Again we see corporate responsibility for financial crime passed on to shareholders, who in many cases will hardly notice the punishment, whereas individuals committing financial crimes lose years of their lives. It is not possible to send a whole company to prison, but surely those managers who have benefited from their decisions and have not followed procedures set out by their regulators should be held responsible. And this applies both to the practitioner and the executive responsible for the practitioner’s profit streams.

What can the authorities do?

I don’t have the answers either. But what I do know is that there is a group of people out there who benefit from having access to money which isn’t theirs. In fact that’s largely what banking is. We often hear about “boring banks” and investment banks. Boring banks, or retail banks, service current accounts, clear payments and make small personal loans and mortgages. Their cash reserves are very high. Investment banks have lower cash reserves, and they make money by trading on financial markets as well as corporate banking services such as corporate finance. When the two types of bank come together, the investment banks have a lot more money at their disposal and are able to trade in much larger quantities. But as we saw in 2007 onwards, investment banking activities threaten the retail banking activities when the bank makes huge losses and cannot repay its depositors. For this reason, the UK Chancellor, George Osborne, has told banks to ring-fence their retail banking activities from the volatilities of investment banking. Although not due to take effect till 2019, banks know that their power to make money in financial markets will be severely curtailed without that pool of depositors ‘money boosting their credit ratings.

Despite the banks’ squealings, it’s the only way we can be sure that our banking system doesn’t collapse. We saw Lehman Brothers collapse in 2008. And with it went not only institutional money but also products sold to individual investors which will never be repaid. No bank is “too big to fail” and there is no reason why a bank like Lehmans couldn’t collapse again today.

My first reaction to Tom Hayes’sentence was:14 years! That’s harsh. And it does seem rather out of kilter with crimes against the person, with sex offenders often getting sentences below 10 years and murderers starting at maybe 15 or so. Does this mean that making money out of market manipulation sits somewhere between child abuse and murder? Somewhere around the region of violent rape? I know these are emotive arguments, but this is someone’s life we’re talking about who would probably say he never hurt anyone.

On the other hand, we’re talking about a lot of money here. Is that what this is all about? If he had tried to manipulate the market but failed, would he have no more than quietly been asked by his employer to resign?

There will be more cases coming up soon involving market manipulation, and I will be interested in how the courts hand out sentenced to the individuals involved, and whether their managers become drawn into the scandals too.