Deflation- what’s so bad about it? 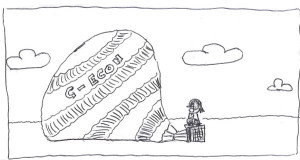 This week saw the news that the inflation rate in the UK fell to zero. Yes, zero. So in theory at least, prices should be the same tomorrow as they are today. This should be welcome news for us consumers, but if the rate was to drop further, in other words “deflation”, then we’re told this is bad for the economy. Why is this?

First, let’s remind ourselves of what’s going on. In recent generations, we’ve been accustomed to inflation rather than deflation. I am old enough to recall inflation rates of up to 15% in the 1970s, and successive governments since then have made it a priority to reduce inflation to manageable levels – generally around 2% to 3%. The usual method of inflation control is to control money supply. The more money, the more inflation, is the usual relationship. Yet with low interest rates (cheap money) and quantitative easing (printing money) inflation fallen so much that the government is hard pushed to save us from deflation.

Surely deflation is a good thing? Yes, as a consumer it probably is. Indeed for some goods, such as computers and cars, deflation is the norm. The computer I paid £300 for ten years ago would fetch perhaps £20 today, even it it’s fresh out of the box. But here we have advances in manufacturing processes which have improved the quality of the goods while labour costs have stayed fairly constant. Compare this with a food packaging company or a manufacturer of metal products. Here, the company buys goods at a certain price, does something to them, then sells them again. In a deflationary environment, there is a real danger that the finished goods will sell for lower prices than would be sufficient to cover labour costs and raw material costs.

Another problem is that there is little incentive for a consumer to buy goods today if they can hold off and buy goods more cheaply at a later date. Consequently the drop in demand for goods and the falling prices of those goods means that manufacturers cease to be viable.

If there’s something fishy about this simple analysis, it’s probably this. Rather than thinking of the values of goods falling, perhaps it’s better to think of the value of money rising. It amounts to the same thing. Therefore someone getting paid a certain amount of money will appear to be getting increasingly better remuneration for their work, because their money goes further. It doesn’t sound like wage inflation, but that’s pretty much what it is. But an employer would find it hard to get away with lowering wages even in times of deflation. Employees would likely not buy in to that, given the general level of distrust that traditionally exists between employers and staff. After all, did wage rises keep up with inflation when it was over 5%?

A consumer who thinks that deflation is a good thing should therefore be careful what they wish for. If the outcome is less employment, lower GDP and generally a lower standard of living for most people then a short term bonanza may turn to longer term misery. This is unlikely to be a problem with small rates of deflation. But if deflation grows, the government will need to find ways of slowing and reversing the trend. We have seen that increasing the supply of money hasn’t appeared to have helped much, so the only other alternative is to decrease the supply of goods. In other words, rather than creating money, the government will need to remove goods from the economy to create demand. It might seem immoral for a government to tax us to buy goods, but it’s probably the only option if we’re not buying them ourselves.

So is deflation a good thing? Well, yes, in terms of the value of our money increasing. But high deflation conspires to dismantle the structures which our economy depends on to create wealth. The next few years could be very interesting indeed.

« Does money have memory?
Fools and money – April 1st Special »