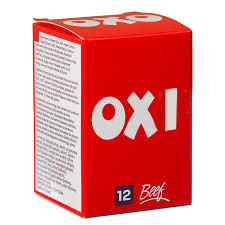 These terms were a necessary condition for the release of bailout funds, allowing Greece to make debt repayments. However as that deal expired last Tuesday, the rejection is more of a general message that Greece is not prepared to accept increased austerity, funds or no funds. Campaigning for a NO, prime minister Alexis Tsipras has been saying that he can get a much better deal from the lenders than the one previously on offer.

Just to add to the games being played, Greek finance minister Yanis Varoufakis has resigned. That might seem an odd move for someone delighted to win the referendum, but a more likely explanation is that it’s some kind of condition for a new deal, or even just to get to the negotiating table.

The big problem with blogging about Greece just now is that news and views are arriving as fast as I can type! So by the time you read this, it might seem like old news.

A victory for PM Tsipras?

In the polling booths, yes. But what is less clear is whether he can now go back to Brussels and return with the promised deal. Or even what that deal will be. He wants not only short-term funding but also longer term debt restructuring (this means reduction) because without the austerity demanded by the lenders, there is next to no chance Greece will be able to repay its debts falling over the next few years nor will it be offered any more loans.

If Tsipras can’t get a deal?

Then Greece, already short of money, will eventually run out. The banks are already running short of money owing to the high level of cash withdrawals its customers have made. Their funding requirements are not necessarily linked to the funding required by the Greek government. However it’s more complex than that as the Greek government owes Greek banks billions of euros which it is unlikely to be able to repay.

This decision chart from HSBC shows what decisions lead to the various outcomes following the NO vote.

The leaders of the EU and ECB have frequently stated that Greece’s referendum is effectively a referendum on being part of the Euro currency. The implication is that there is no flexibility on the terms of the bailout, and Greece will have to abandon the Euro for no other reason than it will have no euros left. With its own currency, it can print as much as it likes!

But that isn’t Tsipras’ mission. He wants a deal and he believes he has a strong negotiation position. Any deal will surely need to be quite different from that which expired last week and has just been rejected by 61% of Greek voters. The line at the bottom of HSBC’s decision tree can presumably therefore be scored out.

A new offer from the creditors?

Despite what has been said, nobody can exclude the possibility that Tsipras has taken on the might of the EU institutions and will win. By not bailing out Greece, they will never see their money again. By bailing Greece out, there is a risk of throwing good money after bad, but also the chance of a partial settlement of outstanding debts. This is the decision which runs along the top of HSBC’s chart.

This outcome requires a large amount of humility by the lenders. It means they will have to accept that they are not as powerful as they thought. They are under no obligation to offer a new deal, but they might wish to do so because the reputation and credibility of the euro depends on its usefulness as a pan-European currency.

Or no new offer?

Counting against a new deal are various matters of principle. If nations are all allowed to default on debts and still “get away with it” then perhaps other indebted EU countries will abandon austerity and vote a party like Syriza into power who will say to the EU “we want the deal you gave Greece”. Stress-testing this outcome means eventually getting to the point where euros flow from the wealthier countries to pay off the debts of the less wealthy countries. Would that be acceptable to your average German or Dutch taxpayer? Would they not then vote into power right wing anti-EU parties and then leave the euro for their own, less costly, currency?

That’s what the EU elite will need to weight up. Maybe it needs to call Greece’s bluff and say there is no new offer. That plays the ball back into Greece’s court. Greece will then have no real option other than to abandon the euro. Of course, the government could then resign and new elections might result in change of mind towards austerity in Greece. But at that stage it gets rather farcical. We need to assume that the referendum outcome wasn’t brinkmanship but the settled will of the Greek people and that there will be no further voting on the matter.

And for Greek banks?

They have been shut for normal business for over a week now, although limited cash withdrawals have been possible. If they opened for business as usual, there is a real danger they could run out of money and collapse. HSBC believes they will remain closed for the foreseeable future. Today, Greece asked the ECB for EUR 3 billion of emergency funding, with commentators believing that they have only “hours or days” left.