Prince Special – When Prince gave away music for free! 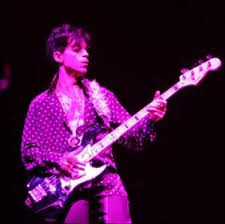 We said goodbye to Prince yesterday

Aged 57, and arguably looking much younger, his death was a complete surprise. Prince had many massive hit singles and albums, and indeed his songwriting was behind hits for other performers. More relevant to this site is his business model in the 2000s – when his albums were given away.

In 2004, Prince’s gambit to give away free copies of Musicology with conert tickets appears to pay off. After all, concert tickets sell for many times what a CD sells for, so we can start to see the logic. In North America, he played to a total of 1.4 million concert goers bringing in $87 million.

It’s entirely possible that he could have achieved the same success without the CD deal, but aware of the extent of file sharing already happening, he could besure that at least 1.4 million fans had the real thing.

Internet pressure also contributed to the free release of the 2007 album Planet Earth. The first single was already in cyberspace before it was available to purchase, and in the UK the full album started circulating.

Prince decided to get one step ahead of the pirates. Planet Earth was given away with copies of the UK paper, Mail on Sunday. Although this meant he had to forego $4.6 million in licence fees from sales, the subsequent 21 shows in London made him a profit of some $18 million.

We might think that this business model suited everyone, but music retailers were furious. The UK’s largest retailer, HMV, offered copies of the Mail on Sunday instead!

Whereas Prince was more than happy to use free music distribution to promote his tours, he took a quite different attitude to others distributing his music. Consequently, finding Prince videos on Youtube ought to be impossible. In fact even amateur musicians covering Prince’s songs have been threatened with Youtube embargoes if they dare to post anything written by Prince on their site. This means that Youtubers like Danny McEvoy, who has covered every number 1,2, and 3 since charts began has Price’s songs missing from this online collection.

Prince came across as an eccentric. But special talent often goes hand in hand with eccentricity, and he was much respected in the music business. Prince has sold over 100 million records and in the List of Best Selling Music Artists ranks between Neil Diamond and Paul McCartney.