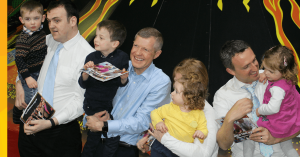 Our plan for Scotland, say the Lib Dems, is to: Be the best again

The LibDems used to be a popular choice for Scots in the Highlands and Islands, Orkney and Shetland, the Borders and pockets of central belt suburbia. But recent elections have seen their representation drop. In the 2011 Scottish election they returned only 5 MSPs and in the 2015 UK General Election, just one (in Shetland). Opinion polls show that they are probably recovering, but against the backdrop of strong SNP support, recovery is likely to be slow and later.

The Lib Dems have tended to propose higher levels of taxation and spending, with a Keynesian approach to the economy. This election manifesto continues that tendency, which I now turn to.

Income Tax – A penny for education

This is not the first time the Lib Dems have proposed additional taxation to invest in education. Paddy Ashdown’s leadership proposed this 20 years ago, saying it’s right that everyone (i.e. every tax payer) should pay for this. A “penny for education” basically means an extra 1% of taxable income to be paid by everyone and the Lib Dems claim this will raise over £500 million.

The Lib Dems leave the door open for tax cuts in the future, but emphasise that these will come about through a zero-rate band, presumably equivalent to raising the basic allowance.

If the opportunity arises to offer future income tax cuts
our priority will be to increase the starting point for
income tax in Scotland by creating a new zero-rate band,
rather than make tax cuts for the well-paid through a
more rapid increase in the Higher Rate threshold.

Consequently, we can assume that under a LibDem administration, their 21%, 41% and 46% bands would be here to stay.

The manifesto is not clear as to whether the extra £500 million raised is to be ringfenced for additional education spending or not. Given that their manifesto contains all kinds of other spending commitments, we should assume that it isn’t.

As with the Scottish Green Party, the Lib Dems support a land value tax (LVT) for local taxation. Unlike the Greens, though, who propose a tax based on total property value in the short term, the Lib Dems want to start moving towards a LVT during the next parliament.

We are attracted by the economic and social benefits that
could be brought about by a system of land value tax,
which works well in other countries. Such a system does
not penalise people who improve their property as the tax
is based only on the land value. A land tax encourages
derelict land in urban areas to be brought back into
productive use.

The Lib Dems also want a thorough review of Business Rates, which many other parties also recognise are overdue for a revision.

Other than education, the manifesto has many areas where the Lib Dems want to spend tax revenue to improve Scotland. Mental health, the natural environment, sport, clean energy, transport and housing all get mentions. Regarding the latter, the Lib Dems support Help to Buy and also Help to Renovate, whose purpose is clear.

The Lib Dems’ proposals include an ambitious 110,000 new homes, including bring 27,000 empty homes back into use and 40,000 for “social rent”, presumably council homes or similar.

There is little new to be said about land reform in this manifesto. The Lib Dems want to see though the Land Reform Act that’s currently on the table at the Scottish Parliament. And they “will speed up the process to map all of Scotland’s land ownership”.

The Lib Dems do not want to do anything with the Land and Buildings Transaction Tax (LBTT), which they believe should be given time to bed down.

Tucked away at the end of the manifesto is the Lib Dems’ “Fit for the Future Investment Fund” proposal, which is to be funded by the lions’ share of new borrowings (some £200 million).

We propose to create a Fit For The Future Investment
Fund. It will draw earmarked resources from half of the
Scotland Act borrowing powers, more than £200 million,
as well as from action to reduce the Scottish
Government’s annual underspend.

We will use the fund to support three priorities:
● The National Infrastructure Project to create more
warm homes – giving grants and loans to
households and businesses to cut their energy bills;
● More rapid expansion of super-fast broadband and
modern mobile phone coverage into remote areas
by trebling the community broadband fund;
● Increase the amount of affordable housing being
constructed in Scotland.

It’s not clear why these three items are to be funded in this way but it does continue the theme running through the manifesto that the government isn’t spending enough.

I am at the same time impressed, surprised and disappointed by the Lib Dems. The manifesto has a great deal of detail and it’s clear a lot of work has gone into identifying areas where Scotland “can do better”. What’s not in the manifesto is a clear costing and some kind of confidence as to the “how” part of getting all these ideas realised. It’s like they played their “penny for education” trump card at the start and then went on to describe the rules of the game.

I am disappointed there is nothing radical regarding land reform, beyond what’s already happening, which is odd because the Lib Dems have clearly thought through the benefits of LVT and would like to see it introduced at a local level. Although my personal belief is that LVT should raise taxes at a national level, that’s probably not one of the powers available to the Scottish Parliament. I am also disappointed that they favour LBTT (previously stamp duty land tax) on property transactions, which is a tax for moving house and especially hits families requiring more space and then later when downsizing.

The “penny for education” sounds good, but does it really resonate with the voters? Nobody wants to pay more tax. However as fewer and fewer people pay income tax this might appeal to the low-paid who earn below the basic allowance. On the other end of the spectrum, “A banker earning £100,000 a year will pay £57.25 a month more in income tax next year.” That’s nearly £700 per year more, sir.