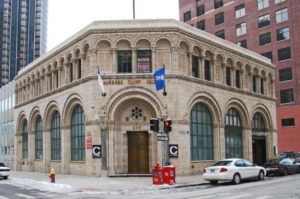 We have entered the era of negative rates and in Denmark, many families are getting paid to take a mortgage, sounds insane, but its true.

Hans Peter Christensen family is a perfect example of this phenomenon. The purchased the home for 1.7 million Danish Kroner, roughly equivalent to $261,000 with a mortgage rate of -0,0562%

One of Denmarks Largest banks (Realkrdit Denmark) issued 758 mortgages with negative interest rates last year and the number will probably rise this year. Talk about having your cake and your pie.

In order to fight off deflation, or to stop a currency rising in the markets, there are a small number of tools available to a central bank. Usually a central bank drops interest rates. More recently, it adopts quantitative easing (QE), formerly known as printing money! Both policies discourage saving and encourage spending.

In Denmark’s case, being in the EU but not using Euros, the central bank is doing what it can to curtail the rise of the Danish Kroner against the Euro. Negative interest rates have been a phenomenon in the Euro region for some time, and the same is true for the stronger currencies in Europe. The retail banks offering negative interest rate mortgages can obviously borrow money at an even more negative interest rate. It is like they are being paid to offer these mortgages in the first place.

And where does this cheap money come from? Not from the Danish government, who are likely also enjoying a cheap line of credit. And probably not from small private investors either, who would rather keep cash away from the banking system than have to pay them to hold it. It comes from those investing in Danish debt instruments. Other financial institutions, mainly, who have the need for a Danish Kroner deposit. It really isn’t practical to keep millions, billions even, under the mattress so options are limited. Pay the interest or risk not holding the currency. And there is still the chance of making a profit! If interest rates go even further negative then those debt instruments, bought with a yield of -1% can be sold with a yield of -2%.

It’s hard to to see the silliness of the financial markets at present. If it’s not negative interest rates, it’s central banks creating more and more money through QE. There’s no sign of deflation yet, so arguably the policy is working. But what happens when the cycle changes, and inflation starts? All that money will be spent quickly. Nobody will want it. Reverse QE is theoretically possible but not very likely.

Let’s remind ourselves of what we’re dealing with here. Currency is not a good benchmark against which the value of goods and services is enumerated. It’s too volatile, and subject to government policy decisions. It’s a risky store of wealth. Yet it has one sure purpose, and that’s to pay taxes. For that reason, if no other, it will always have a value. A better hedge against inflation is to hold hard assets, preferably assets which reflect one’s future spending intentions. If we keep currency purely as a short term instrument to facilitate transactions, we won’t ever be at the mercy of inflation, other than the unfortunate problem that income form employment will decrease in real value.

But we can protect our wealth.

« Australia signals support for Chinese-led trade deals to replace TPP
Should I transfer my final salary pension to a SIPP? »