Should I transfer my final salary pension to a SIPP? 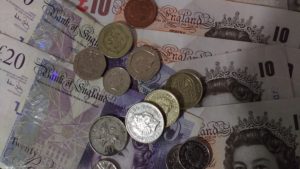 Final salary pensions are believed to be the best pensions available

On the plus side, they are impervious to market forces and they are defined in terms of the number of years the member contributes and their final pensionable salary (not necessarily their actual salary). There are risks, though. Notably the member must stand the risk of the employer failing to fully fund the pension and going insolvent. The result is an underfunded pension fund where members may not receive all they have been promised. Those already drawing their pension will likely be treated preferentially. At least, that’s what happens if the Pension Protection Fund absorbs the failed scheme.

This article does not apply to unfunded schemes, as found in the public sector.

Unlike a Defined Contribution (DC) pension fund, where each member has a defined pot of assets which has a value at any moment in time, a Defined Benefit (DB, or final salary) pension fund requires some basic actuarial arithmetic to value its liabilities to each member. If the sum of these liabilities is greater than the total value of the pension fund then the fund is “in the red”, or underfunded. The method of calculating the liabilities is, however, open to criticism. The assumption is that if we line up all future pension payments for each member then we know exactly how much to put aside today in order to be sure of fulfilling those payments. And, in order to be sure, the least risky investment is chosen – government bonds. Clearly the pension fund actuary doesn’t know how long the members will live for, but they have ways of estimating that.

So the actuary will use the annual increase in pension and the known return of government bonds over each time period to calculate the liability attributable to one member. That process is repeated for all members, and all pensioners, to calculate the total liability.

Interest rates are at all time lows. In come countries become negative, meaning more money is invested now than is ultimately paid back. This is good news for borrowers, especially mortgage borrowers, but not so good for savers like pension funds. The main consequence is that liabilities of pension funds have increased as rates have decreased. Many would point out that valuing liabilities in this way is not realistic, as pension fund managers achieve much better returns than those attainable using government bonds through investing in equities and other assets. However, there is no flexibility in valuing liabilities here. Government bond yields are the only option.

The biggest loser in this low interest rate regime is the retiree buying an annuity. For the same reasons as above, the amount of pension which an amount of money buys has trended downwards for over ten years, almost halving in value. Final salary schemes have no need for annuities. However there is an implied annuity in their calculation, as the member’s liability is equivalent to the cost of an annuity starting at their retirement date. This leads us to an intriguing question.

Transferring out of a final salary pension fund

How much would the pension fund pay me in order to relieve them of that liability? In other words, if I said to the pension fund that I no longer intend to remain a member, how much is that worth to them to pay me off? In a perfect world, they would pay me the value of the annuity which would give me the same pension entitlements that I would receive under the scheme. But it is unlikely I would really be offered that. For one thing, if everyone did that then it would likely bankrupt the scheme, given that many are running a deficit. So a reduced amount is more likely.

That said, with government bond yields at all time lows, it might be worth cashing in and investing the proceeds in a SIPP. (Note, the money must remain in a pension fund if it is to remain untaxed). Theoretically, at least, valuations will be at an all time high, so if there’s ever a case, it’s now. The FT reported valuations of 30 times projected annual income while Merryn Somerset Webb, writing in MoneyWeek, came across an example where an offer of 40 times annual income was offered to someone, up from 12 times in 2009. How many assets do you know that have risen more than three-fold in seven years?

This is the price of risk. The investments you make with those transferred funds might decrease in value and leave you with less than the amount you would have received under the final salary scheme. But as the MoneyWeek article goes on to point out, you can withstand a 30% drop in assets with no subsequent increase and it will still be worth it.

A pension fund administrator will provide you a valuation free of charge, at a frequency of no more than once per year. They might not explain how they arrive at their numbers, so the process is still rather opaque, but if you see valuations in the region of 30-40 times projected annual income (which they also provide) then it’s got to be worth considering.

However remember there’s no going back once you’ve transferred the money and, as always, get some good financial advice.

« Negative Rates Create Mortgages That Pay you Money
Greg Lake tribute: What a Lucky Man he was »