Time to replace Stamp Duty with a Property Wealth Tax 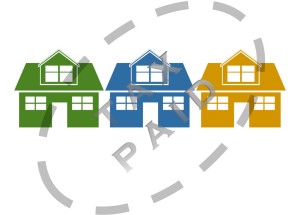 Stamp Duty Land Tax is levied on people moving house. It’s an illogical way of taxing people. What can be done?

Stamp duty – what a strange name for a tax

Stamp duty has been around since 1694 but only since 1808 has it been an ad valorem amount added to the value of a registered property transfer. It gained its name because it was levied by the Board of Stamps. That body was merged into the Board of Taxes in 1834 but the name of the tax never went away.

In 1984, stamp duty was charged as 1% of the value of any property transaction over £30,000. Apart from a spell in 1991-92 when the threshold was increased to £250,000 to help the UK out of a recession, the base level has generally risen slowly to the £125,000 we have today. However the rates have also risen, in more complex banding structures, to the values we have today, which rises from 2% on amounts above £125,000 but below £250,000 to a massive 12% on amounts over £1.5 million. It’s also called Stamp Duty Land Tax (SDLT) apart from Scotland which has a similar scheme called LBLT, which is less punitive at the lower end but more punitive at the higher end.

There is also stamp duty reserve tax (SDRT) charged on transactions in shares and certain other securities. This also has its critics, for much the same reasons as with SDLT/LBLT. But this article concerns only SDLT/LBLT which I generically refer to as stamp duty.

Why do we pay so much stamp duty?

The short answer is that it’s an established way of collecting revenue for the treasury that few question, and it raises a decent amount – £10,738 million in tax year 2014-15 in fact.

A longer answer might be that there’s an unchallenged belief that if someone is rich enough to afford a decent home then they are rich enough to pay decent taxes. And as the value of a property is only known at the time when a transaction occurs, this must surely be the least controversial way of collecting a tax on people’s property wealth.

What is wrong about stamp duty?

In my opinion, stamp duty is a poor way of collecting tax on property wealth. It taxes people only when they move house. Someone living all their life in a palace will pay nothing. Families moving home perhaps more than once to accommodate more children – and not necessarily to a more expensive home – or to follow work will pay a disproportionate amount of stamp duty. People in their later years of life will also move house, into a bungalow for example, and this will cost them stamp duty too.

And that criticism leads to my other criticism. Currently in the UK we have an official housing shortage. Not because there are insufficient houses, but because of the distribution of people into the houses we do have. We have people in houses larger than they need to be in. And we have people owning two or more houses which aren’t rented out. One way the government could increase mobility in the housing market would be to stop taxing people for moving house. Especially when they downsize. Yes, we can build more houses. And I am all for encouraging self-build rather than the depressing housing estates which currently fill our commuter belts. But that not only helps new buyers but also second home buyers, so it will never totally solve the problem. And unless there is a substantial fall in prices, nobody will be able to afford these new houses anyway. What we should not be doing is throwing more public money at the housing market through Help to Buy.

So if we do away with stamp duty, what is the best way to balance HM Treasury’s books?

Recall that stamp duty raised around £10 billion in the last tax year. That figure is an all-time high, and has fluctuated up and down from around £4 billion in 2001-02. How else can the government raise £10 billion, especially given that it wants to reduce the deficit by £12 billion as well? Income tax rises won’t be tolerated and neither will rises in VAT. We might impose capital gains tax on property sales, as we already do for second homes, but again that will act as a deterrent to moving house if your propery has risen in value substantially. Some on the right will call for a cut in tax credits and benefits, but the government is moving as fast as it dare on that one anyway. No, it’s time to think out of the box. And that takes us to the land of wealth taxation.

This isn’t the first time I’ve argued for a welth tax. The difficulty in taxing wealth is that it’s hard to measure and a nuisance to collect. But taxing property wealth might be a but simpler than we think. Indeed the coalition 2010-15 government considered a “mansion tax” which was not dissimilar to what I am suggesting, only without any suggestion of cutting stamp duty. Actually a property wealth tax might be easier to collect than first appears. After all

Estimates suggest around 25 million homes in the UK with an average price approaching £300,000. This values the UK’s housing stock at £7.5 trillion. If the government wants to raise £10 billion then we’re talking about a tax rate of 0.13%. This means a £300,000 house would incur a tax of £400 per annum. That’s lower than most people’s “council tax” on a property of that value.

We might argue that it’s unfair to tax people on the whole value of their property if part of it is secured against a mortgage (stamp duty is equally unfair). Well, total UK residential mortgage lending in 2015 was about £1.3 trillion so we might choose to deduct that from the £7.5 trillion in our calculations, which causes the property wealth tax rate to increase to around 0.15%. On the other hand, we could equally argue that someone should pay for that property and if not the owner then surely the lender. And the consequence of that is pretty clear – the lender will make sure the owner compensates them for that. So unfortunately either way the owner pays.

As with “council tax” a property wealth tax requires periodic valuations to be carried out to make sure people are paying the right amount of tax. Maybe there’s a more entertaining solution? Why not have people submit the value of their property and then they’ll be taxed on that. If they undervalue the property, then the amount which should have been paid can be calculated when the property is eventually sold and taken from the proceeds, much like capital gains tax is calculated. Or the government agency running this scheme can demand that they buy the property at the declared valuation – surely a deterrent to any zealous attempt to evade taxation, and even an incentive to “bid up” your property. Unpaid tax can also be collected from a deceased owner’s estate.

I haven’t addressed what to do about farms, supermarkets, industrial units, mines, forests and open spaces. Perhaps these too should be subject to the same regime. Land owned by building companies and other property speculators should certainly fall under the tax, to discourage hoarding. As different stamp duty rates and exemptions operate with respect to non-residential property, it would have made the calculations more complicated. I was mostly demonstrating how most people might be affected by a property wealth tax.

Get rid of stamp duty in all its forms and replace it with a tax on owning property, not in moving from one property to another. It will be affordable – about £400 per annum for a family in an average house – and commensurate with taxing wealth on a scarce asset.

« David Bowie Special – the story of Bowie Bonds
Corporation Tax – has it had its day? »