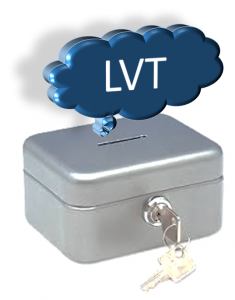 Everyone speaks of tax in terms of income tax. But there are good reasons to tax land instead – in particular a Land Value Tax.

When governments or parties hoping to govern say: We will not raise taxes, what they mean is that they won’t raise income tax, VAT or other existing taxes. So when there’s a shortfall of revenue, new taxes are introduced, or some other piece of creative “ah, that wasn’t what we meant” piece of legislation comes out. Well, here’s one, why not tax wealth?

In the UK, there is really only one tax that can be connected with personal wealth, and that’s Council Tax, charged according to the value of your home. But it only has a weak correlation with wealth, given that homes vary as a proportion of one’s wealth, consequently penalising those on higher mortgages whose net wealth might be close to zero and being kind to the wealthy who not only have investments elsewhere but also benefit from a cap on Council Tax at the value that takes them into the highest tax band but no higher.

Land Value Tax differs from Council Tax in that there is no cap, it applies to the unimproved value of the land (i.e. as if it has no house on it), and is paid by any person, corporation or trust that owns land.

It was 19th century American economist Henry George who is credited with the idea of LVT. He recognised that unlike earned income, and wealth arising from labour, unimproved land has not been made nor is anyone’s to give away. It is nature’s, and as guardians of nature in any jurisdiction, is justifiably taxable by the state. George went so far as to state that it need be the only form of taxation, given that other forms of taxation are taxes on production. However few today would advocate going so far as that.

More recently, the idea of LVT has been taken up by organisations on either end of the political spectrum. On the right, think tank The IEA suggest it could replace business rates as well as, ultimately, council tax and stamp duty (a tax on moving house in the UK). The Adam Smith Institute, another right wing think tank, advocates replacing a number of taxes with LVT although stops short of applying the tax to agricultural land. On the left of politics, the Green Party campaigns in the UK Parliament for a LVT but the government has never shown any interest. There is more interest in Scotland, as land reform campaigner (and Scottish Greem Party MSP) Andy Wightman see LVT as an alternative to Council Tax, and would be raised at a local level.

Why LVT is a bad idea

Any new tax regime yields winners and losers. Here, it’s people who are income-poor and land-rich that will suffer. Some point out the widow in a large empty home, being looked after by family. Others point to LVT being an attack on large landowners, who already perform a kind of land guardianship, and farmers who need land to produce food. These are all good arguments, which I shall address shortly.

There are practical considerations too. How does the treasury place a value on a piece of land? What if the land contains a building with more than one resident (e.g. an apartment block)? As land values fluctuate, is it right that someone’s tax liability also fluctuates? These are all real challenges. Although I would argue that it’s no worse than the current Council Tax regime.

Why LVT is a good idea

In a nutshell, it’s unavoidable, it can be morally justified, and being connected with a limited resource (land), it helps to address inequality. I have argued these points many times before and my view has not changed.

It’s unavoidable because a land register states the owner of every square inch of land in the country. Even if there are gaps, it is simple enough to pass a law stating that registration is obligatory and any unregistered land is liable to be claimed by the state, or at least sold and the proceeds invested for the benefits of the state. This cuts right through the tax avoidance schemes of wealthy landowners, who hold their land assets via an offshore trust, away from the prying eyes of the treasury. Offshore trusts would pay LVT just like the rest of us. And landlords pay it, not their tenants. State-owned land, including roads, can probably be ignored. And taxing agricultural land might need some more investigation.

It’s morally justified because ownership of the land isn’t an absolute. It’s something granted by the state, who, as operators of the biggest tanks, can repossess it at any time. If that sounds petty, consider how respected such land ownership would be following an invasion or revolution. The state very much upholds land ownership, and in a democracy that means all of us.

It reduces inequality because in a country like the UK, land is a scarce resource. Those who don’t have any of it find it increasingly harder to get hold of some. Prices go up and up. More people, same land. And anyone who’s played Monopoly will recognise that wealthy landowners get even more wealthier while the rest struggle to pay rent. Recognising the previous statement about a democratic state, isn’t it basic common sense that as equal stakeholders in the state, nationals can push back against land monopolists and never be priced out of the market. Land is one thing that free markets really don’t serve well.

I think I summed those up in the last paragraph. I wouldn’t advocate punitive levels of LVT nor would I suggest that it need be the only form of taxation. But to take the sting out of the housing market and effectively paying everyone a dividend from the rent of the nation’s land (perhaps linking this with UBI) some of the problems of inequality can be overcome. Better that than a revolution.