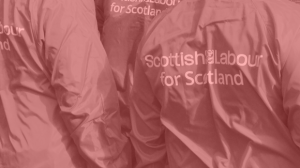 Labour asks us to: Invest in Scotland’s Future

This article was intended for last weekend, but for reasons best known to themselves, Scottish Labour are days if not weeks behind the other parties in releasing their manifesto.

Labour used to be the party of choice for Scotland, but as the 21st century progresses, the distance between them and the dominant SNP widens and widens. Some say the unionist vote narrows the field to about 50%, which Labour, Conservatives, LibDems and UKIP have to share between them, and the opinion polls do confirm the arithmetic, although to state that no Labour voters favour independence would be wrong. Nevertheless, the party’s official position is for the union.

The manifesto makes similar claims to other parties: improve the NHS and Education, promote business and do more for the environment and sustainability. This article looks mostly at the financial implications.

We can make this absolute guarantee though: nobody earning less than £20,000 a year,
including pensioners, will pay a single penny more than they do today. In fact, many people will be
better off under our overall tax plans.

There is something missing here. Those earning £20,000 par year will be taxed 21% on £10,000 of that rather than 20%. So is Labour proposing to lift the personal allowance? Or is there something compensatory going on elsewhere?

Like some other parties, Labour has latched onto the idea of a local property wealth tax. However, unlike other parties, their manifesto doesn’t spell out how they propose to implement it. They do say that 80% of households will be better off, the implication being that the remaining 20% have a nasty surprise coming should Labour get in to power.

Labour also mentions a Land Value Tax but this would only apply to derelict land. Presumably this is to encourage development or resale. They also state that the LBTT will remain.

The extra tax raised under Labour’s proposals amount to (according to the manifesto) £1.2 billion per year. This is all destined for public services. But which?

Labour doesn’t actually spell out how this extra £1.2 billion will be spent, other than to state that it will avoid £1 billion of cuts that they believe the SNP will make.

So we make this simple anti-austerity pledge to the people of
Scotland – a Labour Government will increase spending on our
public services in real terms and stop the cuts to schools and
other vital public services.

So does that mean that Labour is looking to keep spending at roughly current levels? With only an additional £200m for new initiatives? Certainly looks that way, although they do state that “spending on public
services will rise in real terms”. Perhaps that’s what the £200m is for?

Labour doesn’t ignore land reform, but neither does it propose anything radical. They do, however, state that

Our review of the Land
Reform Act will be tasked with
identifying improvements
to the legislation, including
mechanisms which will ensure
land in Scotland is registered
within the EU, making good
on the Land Reform Review
Group’s recommendations.

This is a necessary step to ensure that any taxation based on land, such as Capital Gains Tax, LBTT and Inheritance Tax cannot be avoided through the use of offshore trusts with little or no transparency as to who controls the ownership.

I have to say that after such a long wait I was hoping for more substance. Unfortunately Labour’s manifesto repeats itself so many times that it manages to say too little in too many pages. I would like to have seen a more radical proposal regarding land reform, especially the removal of LBTT.

I would also like Labour to explain what they propose for their replacement to the Council Tax, which they criticise. How exactly will their property wealth tax work? Is is a percentage of property value or something else?

It’s hard to see a party pro-actively proposing to raise taxes really standing much of a chance in the election. Even with a decreasing number of people paying income tax, there are still many floating voters for whom another 1p in the pound is an unwelcome burden.

The actual battle appears to be for second place. Will Labour or Conservatives become the biggest opposition party to the SNP? Opinion polls suggest it’s going to be close, and with the Conservatives proposing to keep income tax at current levels, and the SNP only slightly raising it above UK levels, taxpayers might tend to favour these parties. Or will Labour, with its history of building and maintaining public services, win enough support?