Are you financially illiterate? 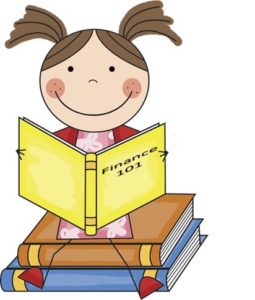 You might think you are financially illiterate, but here are some ways to demystify the financial jungle

A headline in a Sunday paper caught my eye. This paper is only available behind a paywall, so I won’t link to it here. The headline was something like “I have a PhD but am financially illiterate”, next to a photo of an intelligent looking young woman. This got me wondering. Is it that the financial marketplace is so complex that even a PhD graduate can’t understand it? Or has the financial marketplace been constructed in such a way as to make it appear foreboding, when in fact it is not so complex after all? I am happy to be challenged on this, but I’m going with the latter.

So let’s break it down.

Do you have borrowings and savings? Either you run a hedge fund or you are likely losing out. Because the rate at which you borrow money is likely to be higher than the rate you will get saving it. Sure, there are circumstances where the reverse can be true, such as if you are lucky enough to have an interest free loan. But in most cases, financial markets take more than they give. Banks and traders want to make money, and as the “house”, they will (almost) always win.

Can’t do the math?

I know a number of people recoil when they see numbers, but really, unless you are designing insurance products or interest rate derivatives, accuracy really isn’t so important.

Most people know what an interest rate is. Even if they can’t tell you what 2.6% of £437.96 is, they know it’s less than 2.7% of £437.96. So when comparing interest rates, it’s usually safe to go with the highest number (for investing) or lowest (for borrowing). And it’s usually worth ignoring any special opining offers – of the “interest free for 3 months” type. They are designed to catch you out. And while you might miss a good deal, if you’re unsure, it’s safer not to play their game.

Compounding catches many people out. If your investment gains 10% the first year then another 10% the next year, that’s a 20% rise, right? Wrong. It’s 21%. And this really catches people out when it comes to debts attracting high interest rates. The compounding can quickly run away with you if you don’t keep up repayments. 30% in year 1 becomes 69% in year 2 and nearly 120% in year 3. If you haven’t paid back any of your original loan by then, you’re looking at paying back more than twice the amount you borrowed three years down the line. In fact repayments are frequently misunderstood. So many “financially illiterate” people take the view that if they keep up with repayments then they need not worry. But the minimum repayment usually just covers the interest. Before they know it, they’ve borrowed thousands of pounds/dollars/euros which will one day have to be paid back too. The moral of the story is not to get sucked in to the “minimum repayment” figure, but to get an illustration of how much you need to pay back each month to pay off the loan in its entirety.

Products sold by the financially literate to the financially illiterate are almost certainly going to be the worst available. Therefore get them to “do the math” for you.

There are literally hundreds of thousands of assets traded on financial exchanges globally. These include shares, bonds, commodities and various derivative contracts. Add to these contracts that trade between participants (usually banks) such as interest rates and currencies, and investment products for individual investors such as mutual funds, ETFs and other managed schemes, and we’re looking at millions of investments. Even if you decide to just put your cash into the bank, you will likely be offered a number of different accounts. And we haven’t started

But just because there might be millions of choices out there, it doesn’t mean you have to consider every single one of them. Even very successful investment managers might only have a universe of two or three hundred assets from which they select their picks, possibly less than that. Arguably you need just one asset, and so long as you get your timing right – buying low and selling high, then you will get a good return. But the one-asset strategy is not for the faint-hearted.

Wading through the world’s financial universe is unlikely to justify the effort, even with computer technology. A better strategy is to flip the situation around and ask: What do I want to achieve? It’s like choosing a colour to paint your bedroom. Once the colour-mix options are taken into account, there are 1000s of colours. But you know already what you want it to look like, and choosing the colour becomes a relatively simpler task.

What do I want to achieve?

OK, so we’ve raised the question. What’s the answer?

First, why do you want to invest? You just want to get rich? Can’t help you there. If I could, I wouldn’t be spending my time writing this article, so be suspicious of anyone claiming they can. You want a safe place to store your wealth for a later date, such as retirement or buying a house? That makes more sense. Because what you choose to invest in today really should have some relevance to what you want to use the money for later.

I know priests who have a modest income but live in a house provided for them. When they retire, they don’t want to be homeless. So they invest in property – as much as they are able – as a “hedge” against the housing market. It might be that houses are cheaper at retirement than at the present time. But that does not matter, because it’s not cash the priest wants, it’s a home. A home will always cost one home.

This example can be laid out in other ways. Pension funds invest in equities because these are believed to have some correlation to wage inflation. So at retirement, money invested say 20 years ago will be buy roughly the same today as it did then. Anyone considering retiring abroad would do well to concentrate on investments delivering returns in the currency of their proposed residence, to offset the risk that their own currency might fall relative to it.

For short term investments, where time doesn’t get a chance to heal any wounds from downward price movements, it’s usually better to just bank the cash.

My expertise is really only with UK rules. But I am sure many of these premises apply in other jurisdictions.

Governments have schemes that are usually tax-efficient and always have conditions attached. In my time, I’ve had AVCs, FSAVCs, PEPs, ISAs, TESSAs a SIPP and an EIS. Each one is a legal tax avoidance scheme, promoted by the government. Some don’t exist any more. Those that do have specific purposes. The SIPP is a Self Invested Pension Plan. It is my own managed pension, invested into whatever I want to invest it into. But I do have to use a SIPP provider to administer it, for a fee, (a stockbroker in my case) and it’s constrained in its range of investments. I can’t buy a house with it, for example. Money invested into it is tax free, which means I get rebated from the Treasury when I put more money into it. When I retire, this becomes my pension, to cash in or draw down as I choose. I won’t describe the other schemes, but generally speaking, if you can use them, use them.

You might choose to totally ignore all these “wrappers”. Buying hard assets like precious metals or real estate probably necessitates it. But if that’s what you know most about, then why take risks with investment products which you don’t know so much about?

Ah, risk. Yes, generally speaking, the more risks you take, the more returns you will statistically get. There is such a thing as a risk free return. It’s government bonds. You know exactly what’s going to be paid out. And it won’t be much.

As we move through the spectrum of cash in the bank, corporate bonds, company dividend-paying shares, shares in growth companies (like oil explorers and biotech researchers) through to derivatives with more than a 50% chance of losing all your money, the potential rewards increase. Many investors use a mix of assets to manage their risk, so a complete meltdown is highly improbable. The world’s most famous investor, however, doesn’t buy in to diversification. Warren Buffett only invests in a small number of businesses he understands, and to him diversification is dilution, or “diversifying ignorance” as he once put it. But most of us aren’t comparable to Warren Buffett.

As previously mentioned, it’s important to understand what risk is in your circumstance. Risk is usually measured in terms of cash value. So buying a property has a risk of losing value. But equally not buying a property has its risks – notably of never being able to afford one ever again and being trapped in an increasing rent regime.
<2>Invest in yourself

The best investment you can make is in yourself. Educate yourself in basic money management and employ a good financial advisor to work with you. As someone recently put it – Take Back Control.