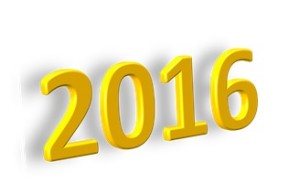 Let’s take a look at the kinds of discussions that might happen regarding economic themes in 2016. These aren’t predictions. They are a kind of wish list, though. And for discussions to even start to move on these matters would be a step in the right direction. The list could go on, but like all good blogs, I’ve kept it to 5.

I don’t foresee any major changes to the way banks operate in 2016. However two initiatives which I follow closely might be worth watching:

The adoption of blockchain technology

The software behind Bitcoin effectively does away for the need to have banks at the centre of money supply and storage. While Bitcoin itself is likely to come under increased pressure from governments because of its use by terrorists and criminals, much like the internet, banks will be only too aware that their days of control might be numbered. A parallel is Amazon. Amazon had some of the best online retail software available on its platform, so it effectively rented it out to all-comers in the form of Amazon Marketplace. This benefitted small sellers (and not so small), giving them access to Amazon’s global reach. Blockchain might be the same. Banks are already evaluating the use of the technology for peer-to-peer transactions and rather than rival banking, it may well be banks that facilitate its roll-out across the world.

The restriction on banks to create money

Few people realise that much of the money in circulation is created by banks. In fact 97% of the supply of pounds sterling is created by banks, often as mortgages and business loans. The remaining 3% is created for the government. Can we trust banks with the money supply? Further, banks need only cover their loans with a relatively small percentage of deposits. In the USA, this amounts to 10% of loans. Positive Money is one organisation campaigning against banks being allowed to increase money supply. The thinking is that lending money to buy assets (usually property) that already exists causes inflation and widens inequality. By returning money creation to central banks, and away from retail banks, will mean that banks will have to borrow any money they re-lend to the tune of 100% of loans. I expect more discussions on this matter to happen in 2016 and indeed in Switzerland there is a referendum planned in the near future on exactly this policy.

Interest rates have been close to zero, or in some cases below zero, for the past few years. Although rate rises have been predicted for some time, the threat of deflation hasn’t receded totally, and to encourage people to spend rather than to save means punitive interest rates. It might make mathematical sense, but there is one problem. Notes and coins can be stuffed under the mattress rather than kept in a bank, making the imposition of a negative interest rate largely ineffective. Enter the digital currency. If notes and coins were consigned to the past then a national currency can be forcibly digitised, with all payments via cards and apps using money in a bank account. And here’s the rub. That money can be subject to an unavoidable negative interest rate, to the extent that the money has to be in the specified currency.

Such a policy will likely result in a boom for cryptocurrencies like Bitcoin. Perhaps it’s unsurprising that banks are wanting to get in on the act. See (1) above!

In many developed countries, taxation has been pushed lower as right wing governments have taken hold of fiscal policy. But how low can taxation go? Some in the USA will preach against paying any tax at all. But for many, especially those who pay the most, there is a belief that there has to be a happy medium between government spending and freedom of choice. In the UK, the longest running debate has probably been that of the status of the NHS. It’s expensive for the taxpayer, with no compensation to those who choose to go private. Yet it’s seen as a core value in the UK to ensure that everyone receives health care free at the point of delivery. Other countries will have their discussions too, on centralised spending versus a free market.

In 2016, we might see more acceptance of at least a core amount of state spending. And if that means taxes have to rise, or borrowings have to rise, then so be it. In the UK, the government is committed to wiping out the budget deficit by 2020. Whether it can do this without raising taxes is debateable. It is struggling to do so through reduced spending alone.

The EU has a particularly interesting problem to deal with. Put simply, how much should one country be expected to subsidise another country? We saw with Greece and its debt default that the EU is reluctant to allow itself to fragment. Yet Greece’s problems are not over, and other countries could yet head the same way. Will the voters of Germany, Netherlands and Finland want their governments to continue to prop up overspending economies? Or will they vote for governments who are less generous towards project EU?

I don’t see traditional corporate financing going away, but the new kid on the block – crowdfunding – will likely come of age. It’s been around for a while now anyway. What particularly interests me is when the individual contributions result in a stake in the outcome of the enterprise. This might be shares or it might be product. I have only taken part in funding for new albums by bands I like, so far, the result being a signed CD! It’s a very satisfying way of being part of what you enjoy or what you value. Perhaps we’ll see movies, technology and sport funded this way in 2016.

This is not an economic theme in 2016, but economics and government are surely related. What is democracy? The Chinese government will call their system democratic yet few in the West would agree. But then again, how democratic are other countries? The USA is embarking on its 4-year home strait to another presidential election, with candidates funded by big business who will undoubtedly expect some kind of favourable attention in return. Sure, anyone can run for president. But few would have the financial muscle to campaign at a visible enough level to stand a chance of being elected. If Donald Trump becomes the next president, can we say that it was a democratic process that got him to have so much power? In the UK we have a parliamentary system that results in governments being formed with just 35% or so of the popular vote. Is that democratic? As the two largest parties favour this system, with collectively 65-70% between them, typically, there is little incentive to change. Further, the unelected House of Lords dared to oppose the government recently and is being threatened with having its powers reduced, rather than its representation increased.

And is democracy just about putting issues to the vote? I don’t believe so. Democracy was described by a friend as “three wolves and a sheep voting on what to have for dinner”. With increased xenophobia around the world, the democratic process might conspire against minorities. We will have to see how our governments respond, and hope that populist leaders that divide society don’t become too powerful.